Los Angeles Lakers' Kobe Bryant, a five-time champion in his 19th season, came into the contest against the Minnesota Timberwolves needing nine points to surpass Jordan's career total of 32,292. He finished the match with 26 points. 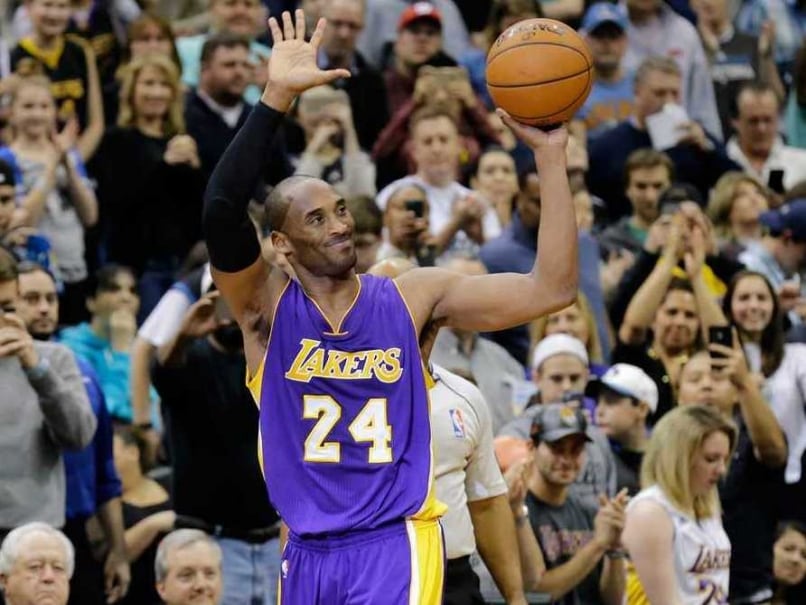 Bryant, a five-time champion in his 19th season, came into the contest against the Minnesota Timberwolves needing nine points to surpass Jordan's career total of 32,292.

He tied and passed the Hall of Famer with a pair of free throws that gave the Lakers a 38-32 lead with 5:24 remaining in the second quarter.

He finished with 26 points, including a go-ahead three-pointer lofted over Andrew Wiggins with 1:02 to play as the Lakers triumphed 100-94.

"I'm just honored to be here and still be playing," said Bryant, who was limited to just six games by injury last season. "Careers don't usually last this long.

"I really, really appreciate the opportunity to be out there playing and performing and doing what I do."

Bryant pulled within two points of Jordan with a three-pointer, then nearly passed him with a turnaround jump shot that rattled out of the basket.

"I thought that was the shot," said Lakers coach Byron Scott, who played his final NBA season for the Lakers when Bryant was a teenaged rookie with the club.

"I guess my second choice would be he gets fouled and goes to the free throw line."

Bryant, known for his ice-cool performances under pressure, admitted he felt a flutter of nerves when he stepped to the line for the potentially history-making free throws.

"You get up there and the crowd's really waiting to see you score nine points, so don't 'F' this up and completely kill the moment," Bryant said of his thoughts at the free throw line.

The moment sparked a mini-celebration, bringing cheering fans to their feet as Bryant, 36, was awarded a game ball and congratulated by team-mates and opponents.

Bryant said he was touched that the Timberwolves arranged the little ceremony.

"I wasn't expecting the Timberwolves organization to honor me like that," said Bryant, adding that it was especially gratifying since he's usually the "villain" on the road.

"That was awesome," he said. "It felt great to have that." He acknowledged the accolades with a smile and a wave before delivering the ball to the sidelines, then patted his heart as he returned to the court to get back to the business of trying to win the game.

Bryant has long been compared to Jordan, but insisted as the milestone approached that he was more concerned with helping the Lakers win than breaking marks set by his idol.

But Bryant acknowledged he was proud of the achievement. "It's a huge honor," he said. "It's so much work to get to this point. It's unbelievable. Time has flown by."

Jordan, now owner of the Charlotte Hornets, congratulated Bryant in a statement, paying tribute to his work ethic and passion for the game.

"I look forward to seeing what he accomplishes next," said Jordan, who won six NBA championships with the Chicago Bulls.

"That's the most important thing to me, playing for the respect of the greats and feeling like I'm part of that culture, part of that brotherhood," Bryant said.