The Knicks climbed above .500 for the first time since mid-January by convincingly beating Orlando. 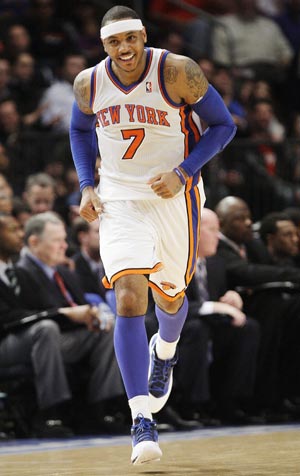 The Knicks climbed above .500 for the first time since mid-January by convincingly beating Orlando.

The Knicks scored 21 straight points in the third quarter to set up their eighth win in nine games.

Carmelo Anthony and Iman Shumpert each scored 25 points for New York, which moved 2 1/2 games ahead of Milwaukee for the eighth and final playoff spot in the Eastern Conference and pulled within 2 1/2 of Philadelphia and Boston for first place in the Atlantic Division.

Jameer Nelson scored 17 points and J.J. Redick had 15 for the Magic, who had their three-game winning streak snapped.