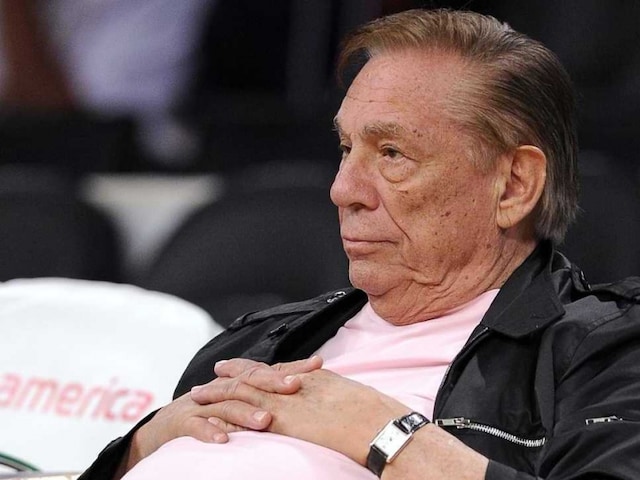 The 81-year-old Sterling filed the paperwork in the Los Angeles Superior Court, citing irreconcilable differences with his wife who he has battled over ownership of the National Basketball Association team.

The filing comes two weeks before the couple's 60th wedding anniversary and four months after an American judge ordered V. Stiviano, who Shelly claims is her husband's mistress, to surrender a $1.8 million house and to pay Shelly Sterling $800,000 that Donald Sterling spent on Stiviano in cash and luxury cars.

Donald Sterling fought with his wife over ownership of the Clippers, which he was forced to sell last year to billionaire Steve Ballmer after making derogatory comments about blacks.

In an audio recording Donald Sterling told Stiviano not to associate with black people which led the NBA to ban him for life and fine him $2.5 million.

Shelly Sterling's lawyer, Pierce O'Donnell, said she had no comment and was unaware of a divorce filing by her husband.