Los Angeles Clippers owner Donald Sterling also said through a lawyer that he doesn't plan on paying the USD 2.5 million fine the league slapped him with for his racist comments.

Embattled owner Donald Sterling, who was banned for life from the National Basketball Association, is threatening to sue the league, Sports Illustrated reported Thursday. 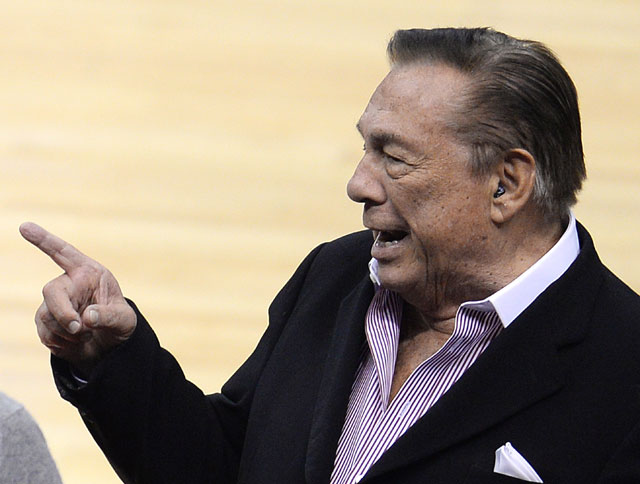 The 80-year-old Los Angeles Clippers owner also said through a lawyer that he doesn't plan on paying the USD 2.5 million fine the league slapped him with for his racist comments.

Sterling's lawyer Maxwell Blecher has written a letter to the NBA claiming that Sterling has done nothing wrong and "no punishment is warranted," according to the American sports magazine.

The Sports Illustrated report cited unnamed sources as saying Blecher is arguing that Sterling's due process rights have been violated and that he has not breached any article of the league's constitution. This type of letter is often a precursor to a lawsuit.

The report comes on the same day the Clippers were eliminated from the playoffs following a franchise best 57 win regular season. The Oklahoma City Thunder beat the Clippers 104-98 Thursday to take the second round series 4-2.

Los Angeles coach Doc Rivers said it was an emotional scene in the dressing room after Thursday's loss as the pressure of playing amid all the chaos finally caught up with his players.

"The locker room was not good in a sad way," Rivers said. "It felt like all the stuff they have gone through came out and they released all their emotions.

In an interview with CNN broadcast earlier this week, Sterling claimed he "is not a racist" and said he made a "terrible" mistake in making earlier derogatory comments against blacks.

The Sterling controversy began last month when the American gossip website TMZ released an audio clip of Sterling telling his girlfriend that she should not bring black people to Clipper games.

In the weeks that followed, the NBA banned Sterling from the league and fined him $2.5 million. Last week, the league appointed interim chief executive Dick Parsons to run the Clippers.

Commissioner Adam Silver also said that he would urge fellow owners to force Sterling to sell the team.

Informed on Thursday that Sterling has reportedly told the league that he would not pay the $2.5 million fine, Rivers shot back, "I am not paying my $25,000 either."

Rivers was fined $25,000 by the NBA after he criticized the officials after game five of their second round series.

Rivers said the pressure of the Sterling fiasco has taken a toll on him both mentally and physically. But through it all he felt the need to try and shield his players so they could concentrate on winning games.

"I know I am tired," Rivers said. "I am going to go somewhere and lose some weight. I gained 40 pounds in this thing. I just felt like I had to try and protect our guys."

Rivers said he is confident the league will do the right thing.

"I have faith in our league that they will get it straight. A lot of faith," he said.

Rivers said he would definitely be back next year no matter who is running the team.

"I am under contract. I have no plans on going anywhere," he said.