Donald Sterling's attorney announced that the embattled owner of the Los Angeles Clippers had gone back on his plan sell his NBA team to Microsoft CEO Steve Ballmer. 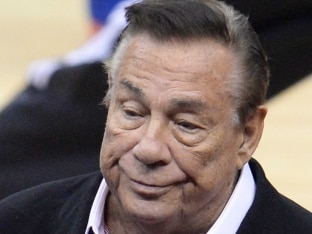 Attorney Maxwell Blecher said Monday that Sterling intended to pursue the lawsuit and would not sign the deal to sell.

Donald Sterling, the embattled owner of the Los Angeles Clippers, insists on keeping the National Basketball Association (NBA) team and pulling out of a $2 billion sale to former Microsoft CEO Steve Ballmer, his attorney said.

Attorney Maxwell Blecher said Monday that Sterling intended to pursue the lawsuit and would not sign the deal to sell.

Sterling announced through his lawyer he had dropped the suit and agreed to sell the Clippers to Steve Ballmer for $2 billion. His racist comments had prompted NBA commissioner Adam Silver to ban him for life.

The lawsuit alleges the league violated the constitutional rights by relying on "illegal" information sourced from the records which include racist remarks he made to a girlfriend.

It also said the league breached the contract by fining Sterling $2.5 million and violated antitrust laws by trying to force a sale.

Blecher said the deal is off and Sterling decided to protect his rights after learning the NBA won't back off its lifetime ban and fine.

Sterling repeated his apology for his racism remark in a private conversation. "I did not want to sell the Los Angeles Clippers. I have worked for 33 years to build the team," said Sterling in a statement.

He believes that Silver made the choice in haste by forcing the sale, banning him for life and imposing the fine.