Satnam Singh Bhamara, who was picked by Dallas Mavericks in the NBA draft and later played in five pre-season games, wants the Indian government to help the game grow in the country. 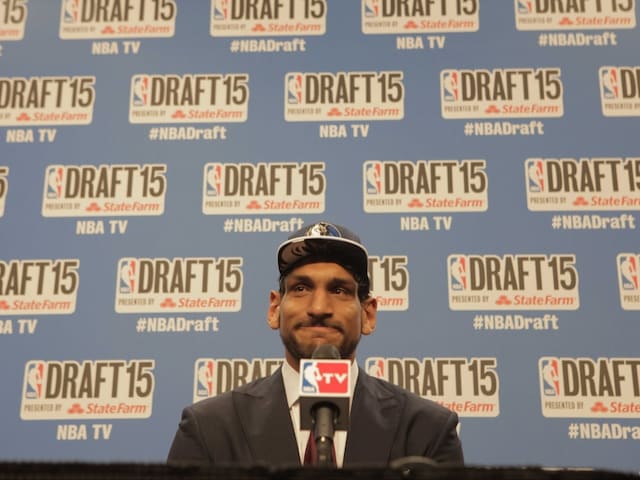 Having created history by becoming the first Indian hoopster to feature in an NBA draft, Satnam Singh Bhamara is keen to see basketball thrive in India but believes that money and infrastructure are needed for the game to become popular.

The 19-year-old Satnam, who was picked by Dallas Mavericks in the draft and later played in five pre-season games, wants the Indian government to help the game grow in the country.

"They (budding players) need help from all quarters. They need good coaches to train them, good food for nutrition. They need help from the government. In America, there are so many good players who get money and they succeed. If the players do not get money, it will be difficult for them to achieve success," Satnam told PTI in an interview.

"Everything, from infrastructure to lack of facilities and good coaches. We have talent, but it goes waste without all these things. If talent is honed properly then India can also boast of good players," he added.

The 7 feet 2 inches tall player also said that Indian hoopsters should not be conscious of their height in comparison to the players in the United States.

"Height, built, weight all this does not matter. I have seen short players in America playing good basketball and making an impact. It's just about, talent, hard-work and focus," he said.

Satnam said there was no reason why basketball cannot become as popular a sport as cricket in India.

"If one Satnam Singh can go and play NBA there, why can't more players can go and play there. They can talk to the coaches there and I am sure if they see talent they will be willing to help them out. And slowly and slowly basketball will gain ground in India and give cricket competition," he said.

Asked if he has any plans to open an academy later on, Satnam said he was just focusing on improving his game and making it to the top of NBA.

"At the moment there are no plans to open an academy here, I am just focused on my game at the time. My prime focus at the moment is to develop my game and get a firm footing in NBA. I see myself as a successful player two three years down the line. Playing well in the NBA and getting to the top of my game," he said.

Hailing from a small village named 'Ballo Ke' in Barnala district of Punjab, Satnam went to US in 2010 on an IMG-Reliance scholarship programme. The youngster thanked all his coaches who made his dream come true.

"I thank all my coaches and teachers from the time I started playing the game in Punjab. First of all to Harish Sharma who gave me the biggest opportunity to come to US to begin the journey. Then to IMG Reliance for the scholarship which allowed me to attend the IMG Academy. To late Dr Subramaniam who saw something in me and started coaching me when I was 8 years old. To Mr Teja Singh Dhaliwal and Mr RS Gill for always helping me, coaching me and taking care of me," he said.