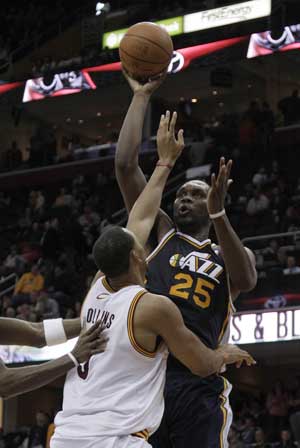 Utah snapped a six-game road losing streak with only their fourth victory away from home in 17 games.

Rookie Kyrie Irving led Cleveland with 22 points - 21 in the second half. He scored 13 points in the third quarter.

Jefferson was 9 for 16 from the field and had 13 rebounds.

Comments
Topics mentioned in this article
NBA Utah Jazz Al Jefferson Cleveland Cavaliers C.J. Miles Gordon Hayward Los Angeles Lakers
Get the latest Cricket news, check out the India cricket schedule, Cricket live score . Like us on Facebook or follow us on Twitter for more sports updates. You can also download the NDTV Cricket app for Android or iOS.