After Creating NBA History, Sim Bhullar to Visit India in May

Sim Bhullar, who became the first player of Indian origin to play in the NBA, will help train top 140 youth from across India during his May 2-7 visit. 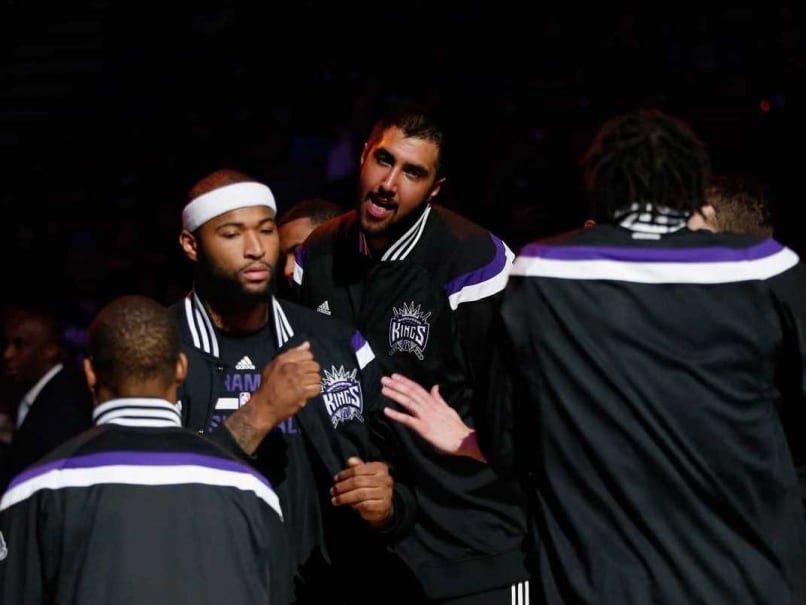 Bhullar (2nd from left) debuted for the Kings earlier this month.© AFP
Mumbai:

Sim Bhullar, who earlier this month became the first player of Indian origin to play in the NBA, will visit India from May 2-7 to promote the growth of basketball in the country.

"I am very excited to travel to India to see firsthand how basketball's popularity has grown and to meet young basketball players across the country," said Bhullar.

"Hopefully sharing my story will help inspire young Indians to pursue their dreams on and off the court, just as I have."

The 22-year-old Bhullar will first travel to Mumbai on May 2 to interact with fans, tour the city and appear on Sony SIX's IPL Extra Innings show on Sunday, May 3.

Bhullar will then travel to Noida to inaugurate the Reliance Foundation Junior NBA Elite National Camp on May 4.

On May 5, Bhullar will travel to Amritsar to visit the Golden Temple and Pingalwara, a home for individuals suffering from incurable and terminal diseases, to which the player's family will make a contribution.

On May 6, he will visit Chandigarh to conduct a Reliance Foundation Junior NBA clinic for 150 children at New Public School.

Bhullar will then return to Noida on May 7 to celebrate the final day of the Reliance Foundation Junior NBA Elite National Camp.

The inaugural Reliance Foundation Junior NBA Elite National Camp, which consists of skills training, competitions, games, fitness training and team building exercises, will be held in Noida from May 4 to 7.

The camp is the culmination of the Reliance Foundation Junior NBA program that promotes health, fitness and an active lifestyle through basketball, and teaches the values of the game such as teamwork, sacrifice, discipline, dedication and sportsmanship.

Since 2013, the program has reached more than one million youths in 1,000 schools in eight cities. The NBA has also trained more than 1,000 PE teachers, and donated more than 15,000 basketballs and 300 rims to partner schools. As part of the program, NBA legends Bruce Bowen and Muggsy Bogues, and WNBA players Swin Cash and Tamika Catchings have visited Chandigarh, Kolkata, Kochi, Ludhiana and Mumbai to conduct basketball clinics for players and coaches.

Comments
Topics mentioned in this article
NBA
Get the latest updates on Olympics 2020, Olympics 2020 Medal Tally, Live Cricket Score . Like us on Facebook or follow us on Twitter for more sports updates. You can also download the NDTV Cricket app for Android or iOS.