ISL: The game, which essentially served as the first leg of a double-header as both teams will meet again on Wednesday, saw the sides failing to convert clear-cut chances. 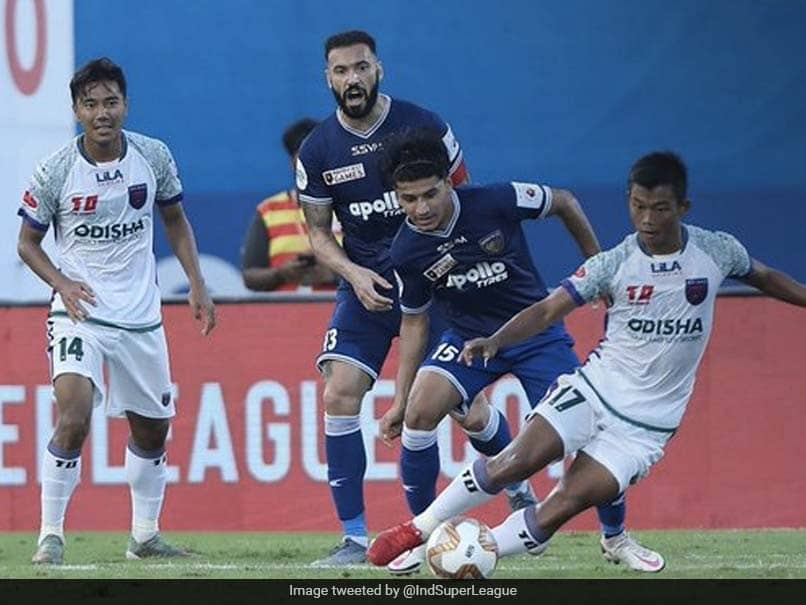 In what was a cagey affair with both teams missing accuracy, Odisha FC and Chennaiyin FC played out a goalless draw in the Indian Super League (ISL) season 7 at the GMC Stadium on Sunday. The game, which essentially served as the first leg of a double-header as both teams will meet again on Wednesday, saw both teams failing to convert clear-cut chances. Odisha had only three shots on target while Chennaiyin managed just two (of the twelve shots they took) exemplified how much both sides cancelled out each other. Chennaiyin, the better side in terms of possession, though had a couple of chances to get a winner but their forwards were unable to net them.

It was Chennaiyin who dominated the opening exchanges, creating multiple chances in the opening quarter. They had their first big chance during the second minute, but Rahim Ali failed to put his team up ahead. A long ball found him through on goal with only Odisha keeper Arshdeep Singh to beat. But his final touch was too heavy and allowed Arshdeep to come out and smother the ball.

In the 14th minute, Lallianzuala Chhangte received the ball from Anirudh Thapa and drilled in a low shot, but it only struck the side netting.

The first half got increasingly aggressive with both teams committing a number of fouls. Chennaiyin earned two yellow cards for their efforts, Enes Sipovic and Jerry Lalrinzuala going into the referee book.

Odisha thought they had the lead as the half drew to a close. Diego Mauricio headed in a cross from Cole Alexander, only for the linesman to signal for offside. Then, with what was one of the last kicks of the half, Jakub Sylvestr had a great chance to find the opening goal.

Reagan Singh found him in the box and Sylvestr was able to direct it towards the post, only for Arshdeep to pull off another vital save. The Odisha keeper was in top form throughout the first half and was a major reason why both teams went in goalless at the break.

The second half started with Chhangte getting in behind the Odisha defence yet again and finding the side netting for the second time. In the 71st minute, Ali wasted another great chance. A mistake by Steven Taylor left the youngster with only Arshdeep to beat again. This time he managed to do that but struck his shot against the post.

The last ten minutes of the game was mostly played out in Odisha's half as Chennaiyin pushed for a winner. However, the Odisha defence stood firm and the match finished goalless.

Chennaiyin FC Football
Get the latest updates on India vs Australia Series, check out the India vs Australia Schedule for 2020-21 and Ind vs Aus live score . Like us on Facebook or follow us on Twitter for more sports updates. You can also download the NDTV Cricket app for Android or iOS.