ISL: There Are No Easy Games In This Competition, Says Odisha FC Coach Stuart Baxter

ISL: Odisha FC is currently at the 11th spot in the points table and the side will take on East Bengal on Sunday. 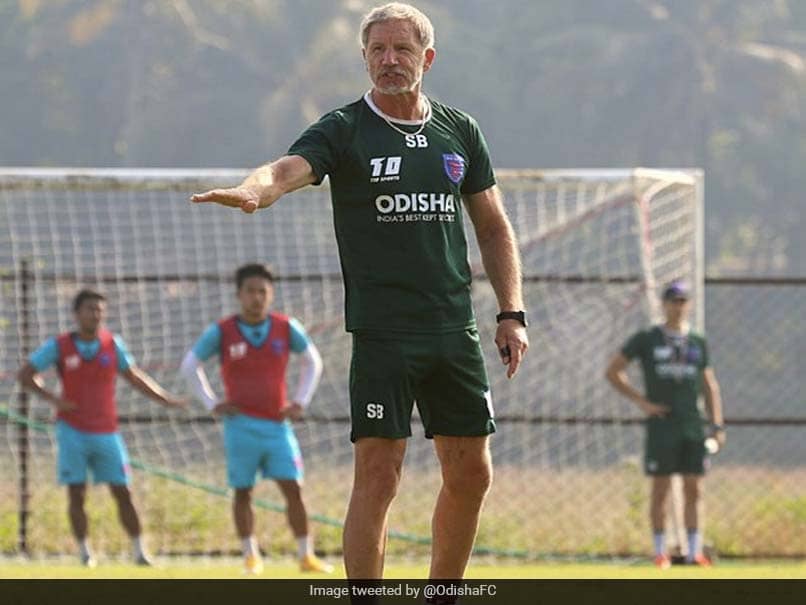 Ahead of the match against SC East Bengal in the ongoing Indian Super League (ISL), Odisha FC coach Stuart Baxter on Saturday said most of the games so far in this season have been close and each and every game is difficult in its own way. "What the games have shown us is most games are close affairs. All games in their way are difficult. I think it's a mistake if we think suddenly we are gonna blossom into a wonderful team because we are not playing against one of the so-called top teams," said Baxter in an official release.

Speaking about the break that Odisha FC players got after the previous game against NorthEast United FC, the head coach said, "We needed a little bit of time together on the field and I think this has been useful. It was a comparatively long break and it's been good."

Goalkeeper Arshdeep Singh has been one of the fine performers for the team so far in the competition. Highlighting the custodian's performance in the seventh season, he explained, "He (Arshdeep) has done very well. The main thing is that he has shown consistency. For a goalkeeper, you want that consistency. Every game is a new game, a new challenge. We give him as much information about the opponents as we can. On the day, he's got to do the ABCs correctly, make sure that he gives that level of consistency and I think he has done that very well."

When asked about the mindset of the team after the first few games in the season, the former South Africa manager mentioned, "We have got new foreigners who are settling into Indian football and we have got young players who are helping the younger players. Even our more experienced younger players are still really settling into it. They have got a different message coming from the coach. I have been very pleased with the fact that they approach every game with the belief of getting the result. I think if we can continue to do that then we can expect a better result in the future."

Pretty much like the Kalinga Warriors, SC East Bengal is also winless so far in the tournament. Explaining further about his take on the Red and Gold Brigade, the experienced coach said, "I see a lot of similarities in ourselves. We have a very young team who need time on the field and they have a very new team who need time on the field. So, in a way, maybe, we and they have suffered from the limitations of the bio-bubble, quarantining, etc the most. Their games have been close games, they have played well in periods of games same as we have. They will be looking for that consistency the same as we are."

"I don't know Robbie (Fowler) that well as a coach. I, obviously, know him as a player. The job that he is doing under the shorter constraints is the same as ours. Even he is seen working very very hard and you see improvements there. We both would like to see those improvements going a little bit quicker," he added.

Odisha FC is currently at the 11th spot in the ISL points table and the side will take on East Bengal on Sunday.

Odisha FC Indian Super League Football
Get the latest updates on IPL 2021, IPL Points Table , IPL Schedule 2021 , live score . Like us on Facebook or follow us on Twitter for more sports updates. You can also download the NDTV Cricket app for Android or iOS.