In the ongoing Indian Super League season, SC East Bengal have lost three matches in a row and are yet to score a goal from four matches. 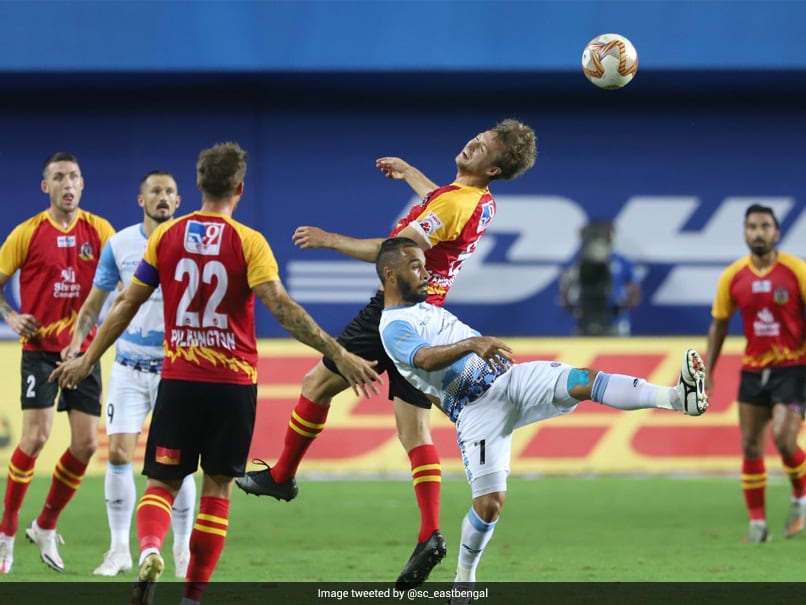 East Bengal face Hyderabad FC in their next match at the Tilak Maidan.© Twitter

Peeved with the dismal standard of refereeing in the ongoing Indian Super League, Robbie Fowler-coached SC East Bengal on Friday lodged a complaint with the AIFF after some howlers cost them massively in the past few games. Last team to enter the ISL after their arch-rivals Mohun Bagan this season, SC East Bengal have lost three matches in a row and are yet to score a goal from four matches. The bottom-placed East Bengal finally opened their account after a hard-fought draw against Jamshedpur FC on Thursday in a match Eugeneson Lyngdoh was sent off following a second yellow card which seemed a dubious decision.

"As a club, we have shared our feedback with AIFF, Hopefully it will be taken into consideration to enhance the quality of referee to maintain the spirit of the game during the remainder of the tournament," an SCEB official said.

Fowler had earlier criticised the standard of refereeing, especially after their match against NorthEast United FC where they were denied two penalties.

"I thought (the penalties) were blatant... I don't think any decision was going our way. Everyone does seem to be against us," Fowler said.

"We just had to go out there and defend like the way we can and don't concede and it was important for us to get the point," he added. SCEB next face Hyderabad at the Tilak Maidan Stadium on Tuesday.