ISL: FC Goa have now drawn their sixth match in a row and are currently placed on the third spot in the league standings. 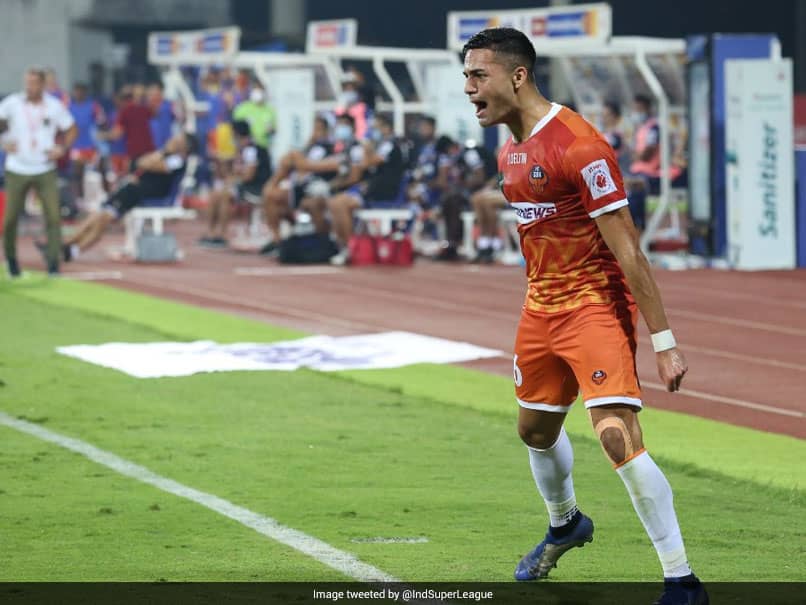 There were just a few minutes left in the game and FC Goa needed a goal. There was no doubt as to who everybody's eyes were on. And Ishan Pandita duly delivered. The youngster's fourth goal of the ongoing seventh season handed FC Goa a point as they held Chennaiyin FC to a 2-2 draw, at the GMC Stadium in Bambolim in the Indian Super League (ISL) on Saturday. It continued Pandita's incredible run -- his four goals came from bit-part roles over seven games. The draw was Goa's sixth draw in a row and moved them to third place past Hyderabad FC.

It was Chennaiyin who started stronger, failing to take advantage of a couple of early chances. But just when it looked like their profligacy in front of goal was going to cost them, Chennaiyin took the lead.

It was Reagan Singh who paved the way for the goal with some great work down the right-wing. He found Jakub Sylvestr through an army of Goa defenders, who took a couple of touches, before finding an excellent finish despite losing his balance and going to the ground.

Chennaiyin's lead lasted less than six minutes. Goa went looking for the equaliser and was awarded a penalty. Eli Sabia, while rivalling Igor Angulo to get to a cross only managed to do so with his hand, and the referee promptly pointed to the spot. There was some drama as Angulo slotted home the penalty only for the referee to order him to retake it. But the Spaniard made no mistake the second time as he dragged his team back to level terms.

Despite conceding, Chennaiyin mustered up enough resolve to go on the attack again, and it was them who fashioned the better chances in the first half. The best of them came right before the halftime whistle as Sylvestr hit the woodwork, despite only having Goa keeper Dheeraj Singh to beat.

Chennaiyin's endeavour yielded fruits in the second half as they retook the lead. But the goal did not make for good viewing for Goa fans, as it came from confusion between Dheeraj and his defenders. The young keeper came out for the ball only to run into one of his defenders. The ball found its way to an unmarked Lallianzuala Chhangte, who made no mistake from close range.

It looked like Goa would rue that mistake as the match progressed into injury time, without them looking like finding an equaliser. However, then came Pandita with his knack for scoring late goals.