Kerala Blasters were beaten 1-0 by Atletico de Kolkata in the final of the inaugural Indian Super League season in 2014, and the two sides will come face-to-face again in the ISL 2016 title clash in Kochi on Sunday 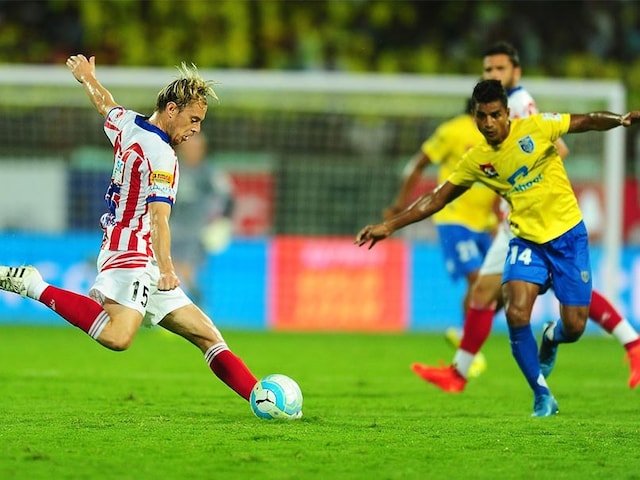 It was a late goal from midfielder Mohammed Rafique that handed Atletico de Kolkata the inaugural Indian Super League title in 2014.

In a closely-fought final against Kerala Blasters, Rafique scored in the fifth minute of second half stoppage time to deny the Sachin Tendulkar co-owned side the opportunity of being the first ever champions of the tournament.

Now a Kerala Blasters player, Rafique has already played his part in his side's journey to the final. He scored the winning spot kick in the penalty shootout during the club's semifinal win over Delhi Dynamos, and as the player that broke Keralite hearts two years back, will now hope to bring some cheers to the state in Sunday's final.

"It's two years ago and we have only a couple of players who were part of that match. In fact we have one player who scored the winning goal (in that match)," Kerala Blasters head coach Steve Coppell said ahead of the final, referring to Rafique.

Coppell was quick to brush aside talk of his side seeking revenge for the agonising loss in 2014. "A lot has changed. This is a totally different competition. A sense of revenge won't drive us. What will drive us on is the team spirit and the determination to win the final," he stated.

Kerala Blasters will be in familiar surroundings for the final, with Kochi hosting the title clash for the first time in the tournament's three-year history. Coppell, however, doesn't think that playing on home turf will be an advantage for his side.

"We are playing against a very good team. A couple of former Kerala Blasters players like (Stephen) Pearson and (Iain) Hume are familiar with the environment. It's a great help to have all our supporters drive us on but there is no guarantee (of winning) apart from 90 minutes of full support. The effect that will have on the result of the game can only be determined at the end. There is no way we are the favourites," he said.

For Atletico de Kolkata, a win on Sunday will make them the first side to win the tournament twice, a monumental feat in Indian Super League's short history.

The setting will be different from the final in Mumbai two years back, but on Sunday, Atletico de Kolkata will have the chance to script their own history on enemy territory in Kochi.

Comments
Topics mentioned in this article
Football Kerala Blasters FC Atletico de Kolkata Indian Super League
Get the latest Cricket news, check out the India cricket schedule, Cricket live score . Like us on Facebook or follow us on Twitter for more sports updates. You can also download the NDTV Cricket app for Android or iOS.