Jamshedpur completed the comeback after the break with a 61st minute match-winner from Farukh Choudhary. 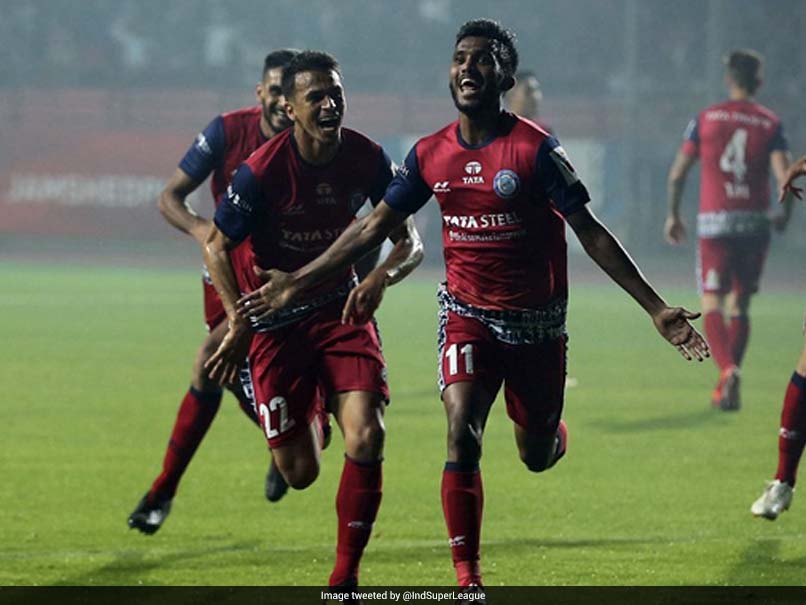 Jamshedpur FC got their chase for the Indian Super League (ISL) play-offs back on track with an excellent 2-1 comeback win against Delhi Dynamos at the Tata Sports Complex in Jamshedpur on Wednesday. Lallianzuala Chhangte opened the scoring in the 24th minute but Tim Cahill restored parity in the 29th minute with a trademark header. Jamshedpur completed the comeback after the break with a 61st minute match-winner from Farukh Choudhary. Delhi started with a bang and almost scored within seconds from kick-off. Adria Carmona played a neat one-two with Rene Mihelic outside the box and thumped a powerful shot that rattled the crossbar and went out.

The visitors' desire to take an early lead denied Jamshedpur time and space on the pitch. In the 7th minute, Marcos Tebar played a delightful ball over the top for Lallianzuala Chhangte who beat Tiri for pace but hit the ball off target.

Delhi kept knocking on the doors and took the lead in the 24th minute. Narayan Das' cross from the left flank was met by Mihelic inside the box who squared the ball for Chhangte. The pass took a deflection off Tiri and fell perfectly for Chhangte who slotted home.

Jamshedpur hit back with an equaliser five minutes later. Carlos Calvo took a short corner and exchanged passes with Memo before delivering into the box for Tim Cahill who headed into the net.

The hosts tried to put pressure on the Delhi defence after the break. In the 50th minute, Choudhary delivered a low cross from the right flank and with the defenders focused on Cahill's movement inside the box, Mario Arques timed an excellent run towards the near post but failed to head the ball on target.

The creator then turned scorer in the 61st minute. Delhi failed to deal with a Carlos Calvo corner that caused panic inside the box. Marcos Tebar tried to head the air-borne ball clear but it fell to Choudhary who slammed a terrific strike into the top left corner of the net from the edge of the box.

In the 70th minute, Nandhakumar Sekar failed to get the better of Robin Gurung inside the box as the ball hit the full-back's hand. The visitors' appeals for a penalty were waved away as the loose ball fell to Andrija Kaludjerovic whose snapshot was kept out by Subrata Paul.

Kaludjerovic tried to single-handedly rescue a point for Delhi with a mazy run from the left flank. The striker skipped past a couple of challenges, entered the box and sent a forceful strike at Paul who parried the ball away and thereby, sealed a vital victory for Jamshedpur.

Delhi Dynamos FC Tim Cahill Indian Super League Football
Get the latest updates on IPL Auction 2023 and check out  IPL 2023 and Live Cricket Score. Like us on Facebook or follow us on Twitter for more sports updates. You can also download the NDTV Cricket app for Android or iOS.