Shree Cement have decided to announce a partnership with East Bengal which makes the club "self-sufficient to complete formalities" to play in the Indian Super Leage, West Bengal Chief Minister Mamata Banerjee said. 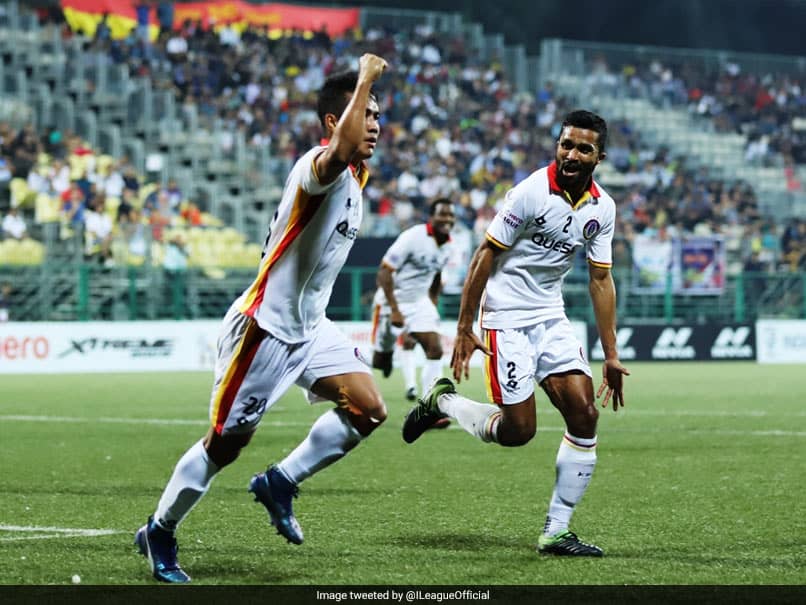 East Bengal will be looking to play in the Indian Super League in the next season.© Twitter

East Bengal finally got an investor with West Bengal Chief Minister Mamata Banerjee announcing on Thursday a joint venture of the century-old club with city-based Shree Cement company and making a strong pitch for its inclusion in the Indian Super League this year. In an unprecedented announcement at the state secretariat Nabanna in Howrah, Banerjee said with the coming in of Shree Cement, East Bengal is "self-sufficient to complete the formalities" to play in the ISL.

"No one is ready to spend in this pandemic situation. But Shree Cement have come forward and finalised the negotiation. It gives a different level of joy and satisfaction," Banerjee said following a meeting with club officials and Shree Cement at Nabanna.

"They (East Bengal) are now self-sufficient to complete the formalities (to play in ISL). It's like winning from the jaws of defeat. I hope there will be no further obstacles," she added.

She said she has requested the All India Football Federation to do the needful so that East Bengal can play in the ISL this season.

"All problems are now solved. Today all the fans will be happy that East Bengal will play in the ISL. Of course, they have to complete the formalities. I have requested everyone including the AIFF."

The details of the deal was not disclosed, but it is learnt that Shree Cement will have a majority stake of 80 per cent and the club will seek for an entry into the ISL.

With less than three months left for the tournament to start, it is still to be seen how FSDL, the ISL organisers, opens a slot for East Bengal's last minute entry.

This year's ISL will be played in three venues in Goa, likely starting in the later part of November, amid strict health and safety measures to deal with the COVID-19 threat.

The chief minister had taken personal interest in the negotiation of the red-and-gold brigade, who, in their centenary year, were left in the lurch after their former investors Quess Corp pulled out in May.

East Bengal's arch-rivals Mohun Bagan will make a foray into the ISL this season following a merger with ATK earlier this year.

"East Bengal Club are celebrating 100 years. In the middle, there was an uncertainty. They were being deprived and Mohun Bagan had signed contracts. We did not want East Bengal to lose out," Banerjee said.

East Bengal top official Debabrata Sarkar profusely thanked the chief minister for her personal intervention and said his club "will now complete all the formalities and make a strong bid to play in the ISL".

"For the last seven months, she has been constantly supporting us. I remember the day there was announcement of Mohun Bagan's tie-up (with ATK). Didi (Mamata) called up and asked 'what will happen to you?

"She went on to add 'I'm with you. I can never forget that. Even we had not dreamt of such a thing," Sarkar said.

FSDL's parent company Reliance's Tarun Jhunjunwala said: We will try that East Bengal will play in ISL this year. There are some formalities which need to be completed. With East Bengal and Mohun Bagan together in ISL, this will be a new beginning of Indian football.

"We would not have reached this stage without the blessing of Didi," he added.

A Shree Cement official said: "We are proud to be associated with East Bengal. Without the Chief Minister's intervention, this partnership would not have been possible."

Bengaluru-based Quess Corp, who had a 70 per cent stake in the club, terminated their tie-up in May, one year ahead of their deal to leave East Bengal without a sponsor.

East Bengal players' contracts were also terminated from May 1, ahead of the actual date using the Force Majeure clause.

But the club remained hopeful with Banerjee having approached AIFF President Praful Patel in May to consider East Bengal's entry into the ISL.