In a befitting finale of the Indian Super League second season which saw 186 goals scored in 60 matches as compared to 121 last year, the Chennaiyin FC vs FC Goa clash at the Jawaharlal Nehru Stadium saw as many as five goals, all of them coming in the second half in the edge-of-the-seat match. 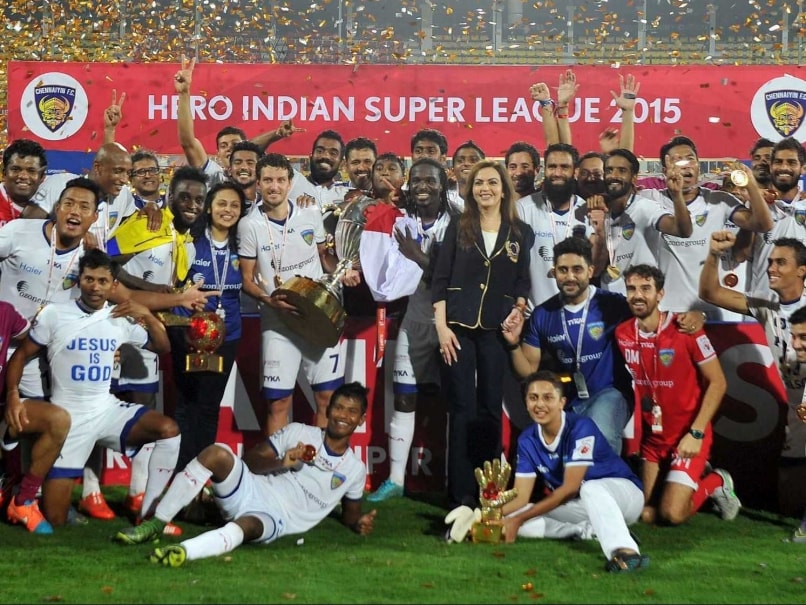 Chennaiyin FC were on Sunday crowned the Indian Super League (ISL) season two champions after they beat FC Goa 3-2 in a drama-filled summit clash in which three goals were scored in the last four minutes. (ISL Final Highlights)

In a befitting finale of the ISL second season which saw 186 goals scored in 60 matches as compared to 121 last year, the Chennaiyin FC vs FC Goa clash at the Jawaharlal Nehru Stadium saw as many as five goals, all of them coming in the second half in the edge-of-the-seat match. (Indian Super League: 'Miffed' Roberto Carlos Won't Return to Delhi Dynamos F.C.)

Bruno Pelissari put Chennaiyin ahead in the 54th minute but Goa equalised within four minutes with Thongkhosiem Haokip finding the target. Joffre Gonzalez then put Goa ahead for the first time in the 87th minute in what looked like the winning goal.

But, in a dramatic finish, Goa goalkeeper Laxmikant Kattimani conceded an own goal in the 90th minute to level the score before Chennaiyin striker Stiven Mendoza found the target in the first minute of the injury time to stun the home supporters of Goa.

The thrilling final, attended by the likes of Indian Test cricket team captain and Goa co-owner Virat Kohli and his actress girlfriend Anushka Sharma besides Chennaiyin owner Abhishek Bachchan and ISL chairperson Nita Ambani, brought a climactic end to the season of the lucrative league.

For Chennaiyin, coached by Italian World Cup winner Marco Materazzi, the triumph was all the more remarkable as they had to shift to Pune for their semifinals first leg after their home venue was devastated by the floods.

They were also struggling in the early part of the league phase and needed four wins on the trot in their last four matches to qualify for the semifinals.

On the other hand, it was heartbreak for Goa who looked the most attacking side in the season under Brazilian legend Zico who is not expected to return for the next season.

The winners got richer by Rs 8 crore while the runners-team got Rs 4 crore. The two semi-final losers got Rs 1.5 crore each.

Colombian Mendoza, who continued his fine form in the tournament was later named as the player of the tournament besides winning the Golden Boot Award for scoring highest number of goals (13 goals). However, he did miss a penalty in the match.

Comments
Topics mentioned in this article
Indian Super League Chennaiyin FC FC Goa John Mendoza Elano Blumer Bruno Pelissari Marco Materazzi Football
Get the latest updates on IPL Auction 2023 and check out  IPL 2023 and Live Cricket Score. Like us on Facebook or follow us on Twitter for more sports updates. You can also download the NDTV Cricket app for Android or iOS.