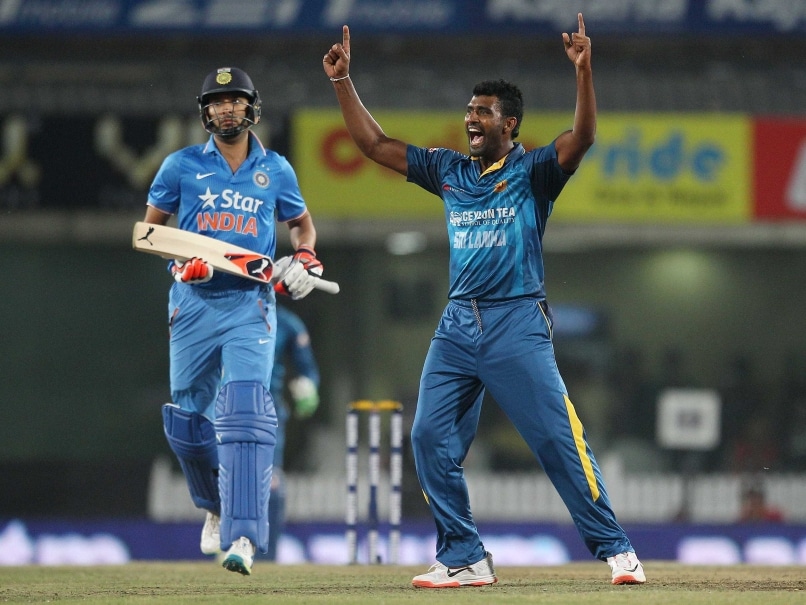 Thisara Perera stole the show in the second Twenty20 International against India by becoming the first Sri Lankan bowler to take a hat-trick in Twenty20 Internationals. He is now the fourth bowler to take a hat-trick in this format. (Scorecard | Highlights)
Â
Bowling the 19th over, Perera, who had figures of 2-0-26-0 before the start of the over, was all over the place in his first three balls but struck gold in his fourth ball when he got rid of Hardik Pandya for 27, as he mistimed a full toss to long on. In the next ball, Suresh Raina attempted to paddle a low full toss but found Dushmantha Chameera at short fine leg.
Â
On the final ball, Perera bowled another full toss and Yuvraj Singh only managed to hole out to long on as the Sri Lankan sealed a hat-trick.
Â
Perera joined Brett Lee, Jacob Oram and Tim Southee are the other bowlers to have taken a hat-trick in the Twenty20 International format. Lee was the first to achieve the feat against Bangladesh in Cape Town during the 2007 Twenty20 World Cup. Jacob Oram did it at the Premadasa Stadium against Sri Lanka in 2009 while Tim Southee did it against Pakistan in Auckland in 2011.
Â
Perera also has a hat-trick in ODIs, when he picked up 4/42 against Pakistan in Colombo in 2012.

Comments
Topics mentioned in this article
Thisara Perera India vs Sri Lanka 2015-16 Cricket
Get the latest updates on Fifa Worldcup 2022 and check out  Fifa World Cup Schedule, Stats and Live Cricket Score. Like us on Facebook or follow us on Twitter for more sports updates. You can also download the NDTV Cricket app for Android or iOS.