With World Twenty20 round the corner, skipper Mahendera Singh Dhoni would want his players to make a statement in the second Twnety20 game against an inexperienced Sri Lankan attack. 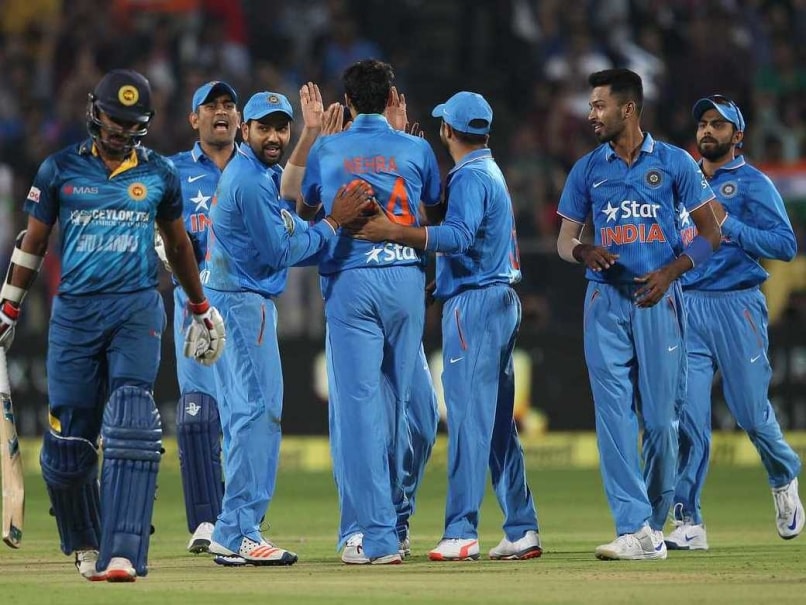 Indians were stunned by an inexperienced Sri Lankan attack as the hosts were bowled out for 101.© BCCI
Ranchi:

Shocked by an inexperienced Sri Lankan side on a green wicket in the first match, India would aim to regain its winning touch and keep the series alive when they take on the visitors in the second Twenty20 international in Ranchi. (Defeat to Sri Lanka Will Serve as Wake Up Call For India, Says Sunil Gavaskar)

Indians were taken aback by what skipper Mahendra Singh had described the Pune track as "English". Now that Dhoni will be playing in his own backyard, he can hope to get a typical sub-continent wicket at a ground.Â (Dhoni Says Pune's Pitch Was More English Than Indian)

India have not lost a game out of three One-dayers played and runs in the vicinity of 300 have been scored in three innings. One match against Australia had no result. But largely, a high-scoring game can be expected at JSCA International Stadium Complex.Â (India go Down To Sri Lanka in First Twenty20)

But there are concerns about under-prepared outfield, where the fielders are expected to have a tough time. The JSCA officials have argued that they got less time to prepare the ground and as a result many rough patches can be seen on the bald sand-based outfield.

Sri Lanka, with many inexperienced players in the side, have nothing to lose and will go all out to seal the series.

However, the job is easier said than done since the Indian batsmen are in good form and will be difficult to contain on a batting track.

The Sri Lankan pace trio of -- Kasun Rajitha, Dushmantha Chameera and Dasun Shanaka -- made a good impression on a lively track but they will be tested in Ranchi.

In Australia, where India won 3-0, the Indian middle and lower order hardly got a chance to bat, courtesy supreme form of the top-order batsmen. But the collapse in Pune, where batsmen did not respect the conditions and went for unmindful strokes on a seaming track, brought all batsmen to the crease.

R Ashwin showed that by being little patient, India could have posted at least a fighting if not a defendable total on the board.

With World Twenty20 round the corner, Dhoni would want his batsmen to respond to the conditions mindfully whether in India or in Asia Cup, preceding the big event, where they will enter as favourites.

And more than anything, Dhoni's own form is something which would be playing in his mind. The remaining two matches in this series and the subsequent Asia Cup is where he can get his mojo back before the World Twenty20.

His image as one of the best finishers of the game has taken a beating with repeated failures and for setting things right, his home ground is an ideal platform.

It will be good for India if Dhoni, Ravindra Jadeja, Yuvraj Singh and Hardik Pandya get more overs under their belt before the World Cup.

Dhoni would also like to give pacers Ashish Nehra and Jasprit Bumrah more opportunities and it will be interesting to see if Bhuvneshwar Kumar gets a game. With Ashwin doing a reasonably good job, Harbhajan Singh may have to sit out again.

Twenty20 is a format where even small nations can topple established cricket forces since one or two good overs - in either bowling or batting -- can change the match situation quickly. And that makes it interesting to watch.

Comments
Topics mentioned in this article
India Cricket Team Sri Lanka Cricket Team India vs Sri Lanka 2015-16 MS Dhoni Cricket
Get the latest updates on Fifa Worldcup 2022 and check out  Fifa World Cup Schedule, Stats and Live Cricket Score. Like us on Facebook or follow us on Twitter for more sports updates. You can also download the NDTV Cricket app for Android or iOS.