India, who are currently the number one side in Twenty20 internationals,  will look to win the series to retain their number one position.

Written by Press Trust of India
Read Time : 4-min
Indian team looks strong despite the absence of Virat Kohli as they take on Sri Lanka in Pune. © AP
Pune:

Boosted by their 3-0 clean sweep of Australia Down Under, a confident India would seek to continue their winning momentum when they take on a depleted and new-look Sri Lanka in the first of three Twenty20 Internationals in Pune.

After the comprehensive series triumph in Australia, these three matches would certainly act as the springboard for the hosts to begin their preparations for the Asia Cup T20 Championship which is beginning in Bangladesh later this month and the World T20 in March-April in India.

India will also look to win the T20 series to retain their number one position in the ICC T20I Championship table, which they achieved after sweeping aside Australia last week.

The hosts will definitely miss their Test captain Virat Kohli who was in glorious form in the T20 series in Australia, as well as in the preceding ODI series Down Under which India lost 1-4.

Even in the absence of a top shot like Kohli, who has been rested by the selectors before the more important Asia Cup and the World T20 events, the home team's batting strength looks pretty formidable for the new-look attack of Sri Lanka, the defending World T20 Champions.

In Rohit Sharma, who was also in top form in Australia, and Shikhar Dhawan - who took time to get going Down Under, the home team has a set of right-left openers who have repeatedly given the side great starts and they could be a handful for the largely inexperienced Lanka bowling attack on the Indian batting tracks.

The riches are evident in the rest of the batting order with the likes of Suresh Raina, captain Mahendra Singh Dhoni and the recalled Yuvraj Singh, present along with the fit-again Ajinkya Rahane and Manish Pandey who played a match-winning knock in the final ODI in Australia but did not figure in the subsequent T20s.

In fact, Pandey would be very eager to stamp his class in the T20 format too ahead of the Asia Cup and World T20 events for which he has not found a place in the squad.

In bowling too, the same attack that figured in the series in Australia, including Bhuvneshwar Kumar who is not part of the Asia Cup or World T20 squad, would be seen although he may not be among the first choice for seam-up stuff in the presence of Ashish Nehra and Jasprit Bumrah, who had impressed with his unorthodox action and extra pace in Australia.

With the matches being held in conditions favouring the slow bowlers more than the pace men, India are expected to go in with their regulars Ravichandran Ashwin and Ravindra Jadeja, along with the vastly experienced Harbhajan Singh who did not make the playing 11 in the three games Down Under.

Also left-arm spinner Pawan Negi, the highest Indian buy in the IPL auction, is also in the squad and he would be itching to make the playing XI. 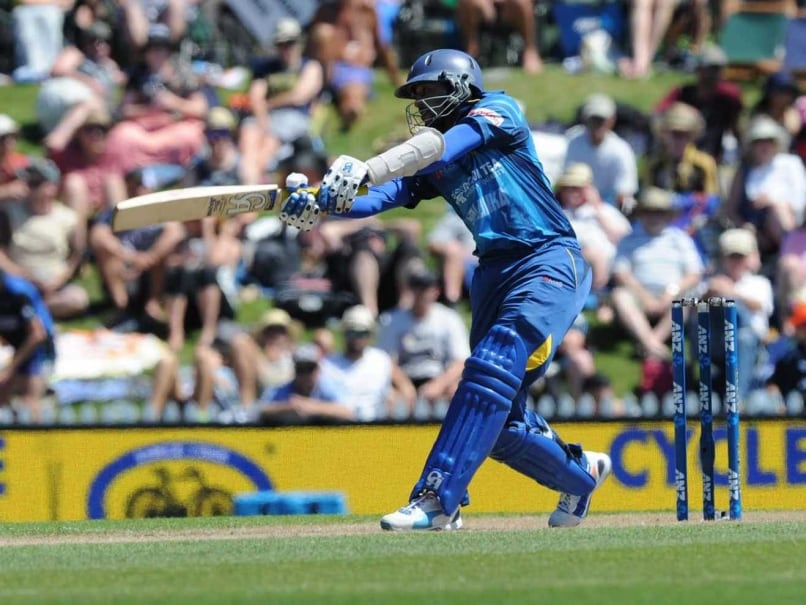 On the other hand, the visitors, who are being led by batsman Dinesh Chandimal, will be without their regular T20 captain Lasith Malinga and Test skipper Angelo Mathews for the entire series as they are nursing a knee injury and a groin strain respectively. Experienced all-rounder Tillakaratne Dilshan has also been ruled out of the opening game due to a hand injury.

Also absent from the visitors' line-up are seasoned bowlers -- pacer Nuwan Kulasekara and spinner Rangana Herath -- to make the attack appear a bit thin on paper.

To fill up for the lack of experience in the squad, the Lanka selectors have recalled veteran Dilhara Fernando at the age of 36 after putting the tall and well-build pacer in cold storage in 2012.

Fernando was selected in the squad on the basis of his recent form in a domestic T20 competition where he picked up 11 wickets in four games. His inclusion is a gamble that Sri Lanka will be hoping pay off on this short tour which concludes at Vishakapatnam on February 14.

Dilshan, who is expected to be available from the second game in Ranchi on February 12, has been covered by the inclusion of newcomer Niroshan Dickwella, who was adjudged the best batsman of the Super T20 provincial tournament which concluded recently in the Emerald Isle.

Apart from Dickwella, pacer Dushmantha Chameera and legspinner Jeffrey Vandersay, who played on the recent New Zealand tour, are newcomers to India along with left-arm seamer Binura Fernando.

Seekuge Prasanna, Thisara Perera and Milinda Siriwardana are the all-rounders in the squad which has some others such as Danushka Gunathilaka, Dasun Shanaka, Asela Gunaratne, Kasun Rajitha and Sachithra Senanayake, who are largely unfamiliar to the Indian fans.

This will be the first time the two sides face each other in the shortest format since the final of the 2014 World Twenty20, which Sri Lanka won in April, 2014.

The venue, which acquired Test status last November, is to host only its third International match, and only its second T20I.