Dipa Karmakar was presented with a BMW car by Sachin Tendulkar after she narrowly missed a gymnastics bronze in Rio Olympics 2016. Dipa Karmakar feels the BMW car is useless in Agartala due to logistical reasons 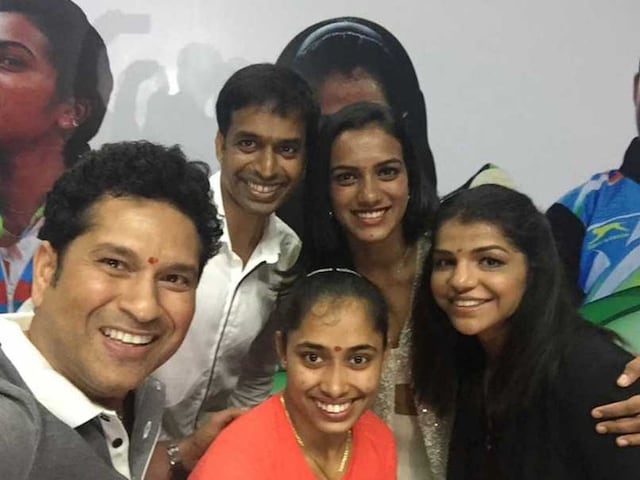 Dipa Karmakar had been presented with the car by Sachin Tendulkar.© NDTV

Ace gymnast Dipa Karmakar, who narrowly missed out on a bronze medal in the women's vault event at the Rio Olympics, has been placed in a tricky situation over a BMW car presented to her by the Hyderabad District Badminton Association.

Dipa, however, strongly refuted media reports that she wants to return the BMW car to Hyderabad District Badminton Association President V. Chamundeshwarnath who had gifted it to her. The star gymnast insisted that her decision to return the premier vehicle is only due to maintenance problems that she envisaged facing in her north-eastern state of Tripura.

Very thankful to Sachin sir for gifting me BMW but cannot maintain in tripura, so giving back. Thank you for agreeing to give funds for it.


"There is no showroom or service centre of BMW car in Tripura. If the car developed any technical snag during driving, how would I repair this? There are also not sufficient suitable roads in Agartala and other places of the mountainous state to ply the luxury car," Dipa told IANS.

"Sir (her coach Bisheshwar Nandi) discussed these matters with V. Chamundeshwarnath. He agreed to deposit money equal to a BMW car cost to my bank account. We would be happy whatever amount they give instead of the BMW car," she added.

Dipa, who hails from the state capital of Agartala, said she did not take the decision solely by herself, and the issue was decided collectively by her coach, parents and other family members.

In August, while Sindhu and Gopi received BMW 320 Ds that cost around Rs.40 lakh each, Sakshi and Dipa received compact cross-over BMW X1s priced at around Rs.30 lakh each.

Cricket legend and India's goodwill ambassador at the Rio Olympics, Sachin Tendulkar, handed over the keys of the cars, made by German automaker BMW Group.

"I am now keeping my focus and preparing for the Challengers' Cup in Germany, which is only a month away. I was advised by my coach not to worry about maintaining the expensive gift and focus on the future challenges to come," Dipa remarked.

The 23-year-old Tripura girl, who became the first Indian woman gymnast to qualify for the Olympics, finished fourth in the final round of the women's vault event at the Rio Games.

She scored 15.066 points, a mere 0.150 less than eventual bronze medallist Giulia Steingruber (15.216) of Switzerland, and missed out on a podium finish by a whisker.

Comments
Topics mentioned in this article
Gymnastics , 1900-01-01 , Dipa Karmakar , 1900-01-01 , India Other Sports , 1900-01-01 ,
Get the latest Cricket news, check out the India cricket schedule, Cricket live score . Like us on Facebook or follow us on Twitter for more sports updates. You can also download the NDTV Cricket app for Android or iOS.