On a night out, a drunk Tiger Woods leaves girlfriend Lindsey Vonn embarrassed. 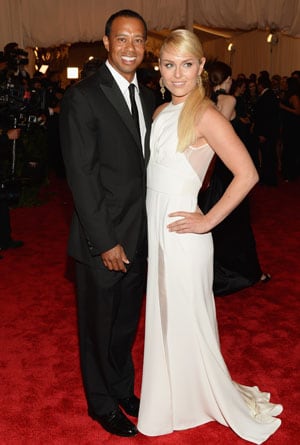 According to the US Weekly, the two walked down the red carpet at the Met Gala in New York amid a sea of celebrities. The two then headed downtown for the after-party and onlookers were quoted as saying that Woods 'looked uncomfortable.'

The report then reads that Woods slipped while climbing the stairs after attending the party leaving Vonn with an embarrassed expression. The ski champion - looking stunning in a white dress with high see-through slits -- had to help her golf legend boyfriend up and support him through the exit.

Earlier this year, Woods and Vonn had announced that they were in a relationship 'after knowing each other for some time.' Woods was previously married to Elin Nordegren with whom he split after an epic cheating scandal that rocked Woods, his fans, family, sport and endorsement deals.

Comments
Topics mentioned in this article
Golf Tiger Woods Rafael Nadal
Get the latest updates on ICC T20 Worldcup 2022 and CWG 2022 check out the Schedule, Live Score and Medals Tally. Like us on Facebook or follow us on Twitter for more sports updates. You can also download the NDTV Cricket app for Android or iOS.