Having led the field at one point, Jeev Milkha Singh struggled in the windy conditions, while the other two Indians, SSP Chowrasia and Shiv Kapur, also failed to make their mark 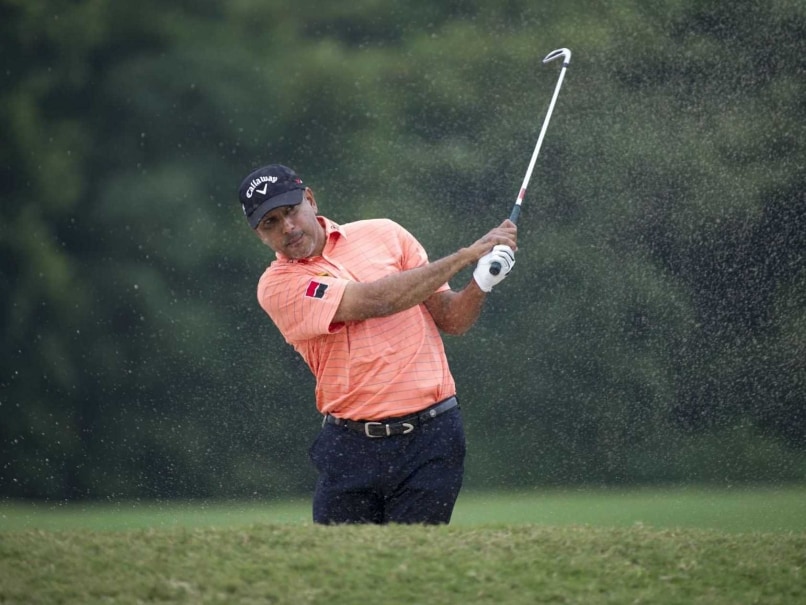 It was a tale of two nines as Jeev Milkha Singh fell from being four-under after 10 holes to even par by the end of his first round of the Aberdeen Asset Management Scottish Open on Thursday.

On a windy and breezy day, the veteran Indian, a former winner of the Scottish Open, but now without a full Tour card, birdied fifth, sixth and ninth holes and added a fourth birdie on 10th.

High winds made scoring very difficult in the Highlands as the Scottish Open returned to Castle Stuart Golf Links for the first time since 2013.

At four-under through 10 holes, he was the leader, but he then double bogeyed the par-5 12th, bogeyed the 13th and finished with a bogey on par-18th to drop to even par and Tied-30th place.

Of the other two Indians, SSP Chawrasia had six-over 78 in the first round and Shiv Kapur was three-over through eight holes after starting from the 10th.

With a good number of players yet to finish their round, Scott Hend, who is one of the numerous Asian Tour winners on the European Tour this year, was in shared lead with Felipe Aguilar.

Chilean Aguilar and Australian Hend set the clubhouse target on a wild and windy day one as the Inverness coast lived up to its billing. The duo were the only players to break 70 from the morning starters.

The last time the event was played here 67 players broke 70 in round one, showing just how challenging the fierce breeze was making things.

Aguilar had been one of a few players to get to four under at one point during their round but he bogeyed the fearsome 607 yard last to drop back to three under and join Hend in a share of the lead.

The Chilean missed six cuts in a row after the turn of the year as he admitted he struggled to recover from taking part in an Iron Man triathlon but a second-placed finish at the Volvo China Open represented an upturn in form.

Hend, meanwhile, claimed a win at the True Thailand Classic Presented by Chang in March and has three other top tens this season.

Comments
Topics mentioned in this article
Golf Jeev Milkha Singh Shiv Kapur S.S.P. Chowrasia
Get the latest updates on India vs England Series, India vs England , live score and IPL 2021 Auction . Like us on Facebook or follow us on Twitter for more sports updates. You can also download the NDTV Cricket app for Android or iOS.