Golfer Shubhankar Sharma Scores 73 In Final Round Of British Open

Shubhankar Sharma got birdies on the third and fifth holes and was playing smoothly until he bogeyed the eighth hole. 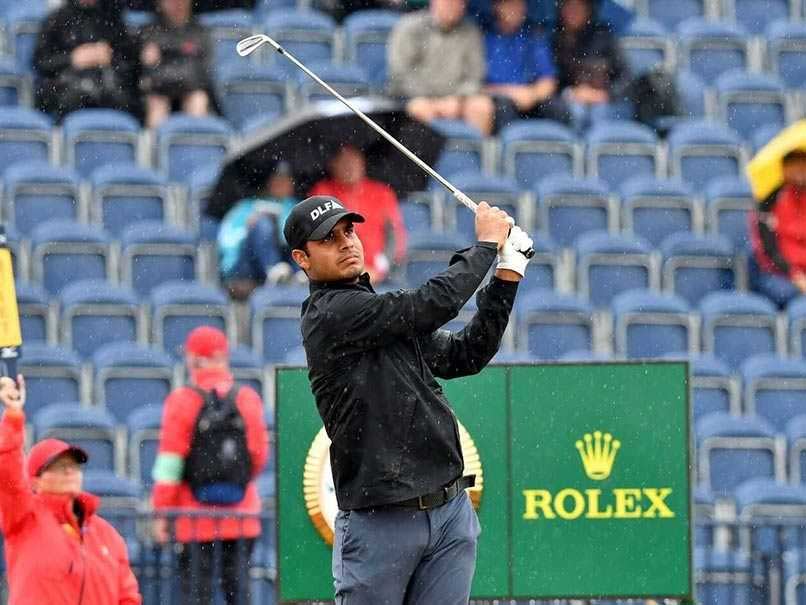 Shubhankar made three par efforts on the final three holes to get a 73 in the final round.© Asian Tour

Indian golfer Shubhankar Sharma squandered a brilliant start to card two-over 73 and finish with a four-day total of four-over 288 at the 147th British Open here on Sunday. The 22-year-old was at the provisional 53rd spot with several competitors yet to complete their fourth and final round at the Carnoustie Golf Links. Shubhankar got birdies on the third and fifth holes and was playing smoothly until he bogeyed the eighth hole. Thereafter his momentum worsened as he made three more bogeys on the 11th, 13th and 15th holes which took his day's round to two-over.

He made three par efforts on the final three holes to get a 73 in the final round of his British Open debut.
"It was a tough finish for me but I started off well. I was hitting it good and then I lost my concentration in the middle and made some bogeys. I was trying hard to get the momentum back towards the end of the round. I was happy to give myself a birdie putt on the last even though I didn't make it. I kept trying till the end. It's a great tournament and definitely a good learning curve for me," Shubhankar was quoted as saying by an Asian Tour release.

"But I'm still satisfied with the way I played this week. I haven't played too much links course before. This is only my third time so I am happy with the result. It's very different from what we usually play back home in Asia. A lot of learning this week. I felt like I've just grown as a player this week."