Joining Ernie Els will be four-time Hong Kong Open winner Miguel Angel Jimenez, who will attempt to win the tournament for an unprecedented third time in-a-row. 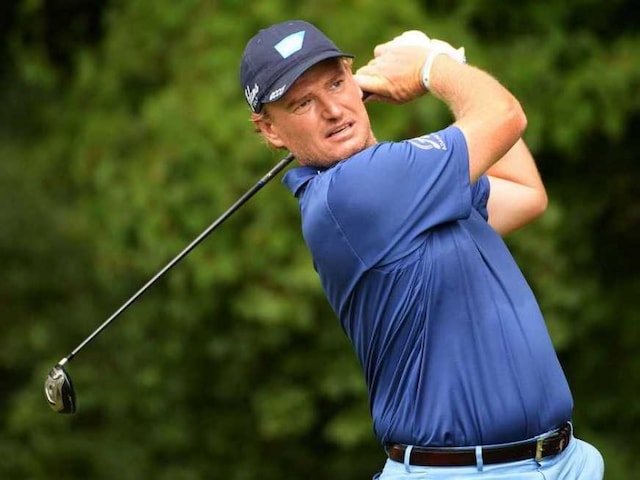 File photo: Ernie Els of South Africa plays his shot from the fourth tee during the final round of The Barclays at The Ridgewood Country Club on August 24, 2014 in Paramus, New Jersey.© AFP

Four-time Major champion Ernie Els has confirmed his participation at the prestigious Hong Kong Open for the first time. Taking place from October 16-19, 2014, the tournament will be the penultimate event on The European Tour international schedule before the lucrative Final Series. It will again be sanctioned with the Asian Tour and Hong Kong Golf Association.

The South African, who has 70 tour titles to his name, will play four tournaments in Asia starting with the Hong Kong Open as he makes his final preparations for the World Tour Championship. He is currently in 21st place in The Race to Dubai.

The Big Easy, as he is known on the tour, who will celebrate his 45th birthday on the Friday of the tournament, is excited to grace the fairways of the Hong Kong Golf Club.

He said: "I am very much looking forward to playing at the Hong Kong Open for the first time. I have been to Hong Kong before and have tried and enjoyed the course, so am excited to take part in the tournament. I have heard many great things about the event, its history and heritage, and I hope I am in a position to challenge for the title on the Sunday and join the list of great names who have held aloft this famous trophy."

Keith Williams, General Manager of Hong Kong Golf Club, said: "We are delighted to welcome the great Ernie Els to the Hong Kong Open for the very first time. Ernie has a huge following in Hong Kong and the Greater China region and this will be an amazing opportunity for his fans to come to Fanling to see him in action."

Joining Els at the Hong Kong Golf Club in Fanling will be four-time Hong Kong Open winner Miguel Angel Jiménez who will be hoping for more record-breaking glory as he attempts to win the tournament for an unprecedented third time in a row.

The Hong Kong Open holds the honour of being the only national championship in Asia to be held at the same golf club since its inauguration in 1959. Past winners include Major Champions Rory McIlroy, Bernhard Langer, Greg Norman, Peter Thomson, Tom Watson and Ian Woosnam. Asian greats Lu Liang-huan, Chen Tze-ming, Lin Wen-tang and Kang Wook-soon have also tasted victory in Fanling.

Comments
Topics mentioned in this article
Ernie Els Golf
Get the latest updates on IPL 2020, check out the IPL Schedule for 2020 and Indian Premier League (IPL) Cricket live score . Like us on Facebook or follow us on Twitter for more sports updates. You can also download the NDTV Cricket app for Android or iOS.