Wesley Sneijder played in the Dutch national team for 15 years. 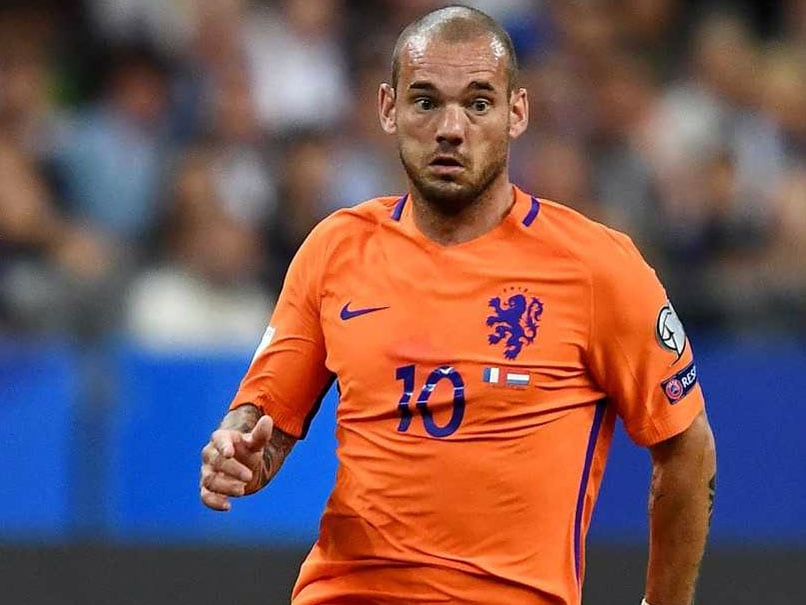 Wesley Sneijder has announced his retirement from international football© AFP

Holland's attacking midfielder Wesley Sneijder on Sunday announced his retirement from international football following a discussion with newly appointed national team coach Ronald Koeman. Koeman and Sneijder spoke about the future of their nation. "Wesley is one of the best Dutch footballers of recent years. A great player with a great appearance. But I want to select, build a new Oranje and have to make choices," Koeman said in a statement. Following their discussions, Sneijder said: "When I left for Qatar, I knew of course that this could have an impact on my career as an international.

"Moreover, I understand that Koeman wants to make a new start with other, younger players. We spoke very openly about this and that was a very pleasant conversation. I respect his choice."

However, the KNVB and Sneijder will jointly explore the possibilities of whether players and federations can remain connected to each other in the future.

Wesley Sneijder played in the Dutch national team for 15 years. He made his debut in 2003 in a friendly match against Portugal and grew to be an international.

In November last year the 33-year-old played his 133rd and last international match against Romania. He finished second at the World Cup in South Africa (2010) and third at the World Championships in Brazil, four years ago.

The KNVB said that they are planning an 'appropriate farewell' for Sneijder.

Comments
Topics mentioned in this article
Netherlands Wesley Sneijder Football
Get the latest updates on IPL Auction 2023 and check out  IPL 2023 and Live Cricket Score. Like us on Facebook or follow us on Twitter for more sports updates. You can also download the NDTV Cricket app for Android or iOS.