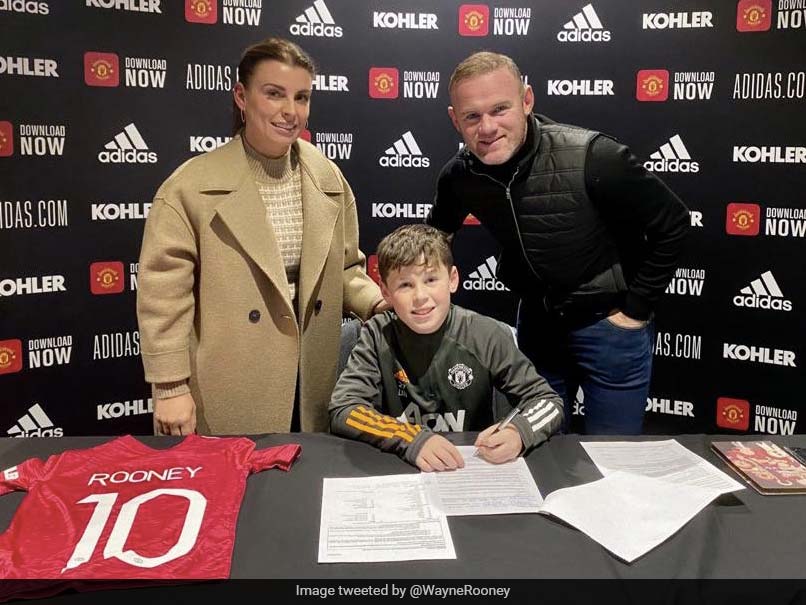 Wayne Rooney posted a picture of his son Kai signing a contract at Manchester United.© Twitter

Wayne Rooney's son Kai has followed in his father's footsteps by signing for Manchester United. United's record goalscorer posted a picture on social media of the 11-year-old, the oldest of Rooney's four sons, signing a contract at his father's former club.

Rooney accompanied the image with the caption: "Proud day. Kai signing for @manchesterunited. Keep up the hard work son."

Rooney, 38, now in interim charge of Championship club Derby, joined United from Evertonin 2004 as a teenager.

Coleen Rooney, Wayne Rooney's wife, wrote on Instagram: "Special night..... congratulations Kai. I love you and I am so proud of you. Keep trying your best".

Manchester United Wayne Rooney Football
Get the latest updates on ICC T20 Worldcup 2022 and CWG 2022 check out the Schedule, Live Score and Medals Tally. Like us on Facebook or follow us on Twitter for more sports updates. You can also download the NDTV Cricket app for Android or iOS.