Shahbaz Taseer, the son of Salman Taseer, the governor of Punjab province who was murdered, says that he survived the torture from the Taliban for five years only because he watched Manchester United matches 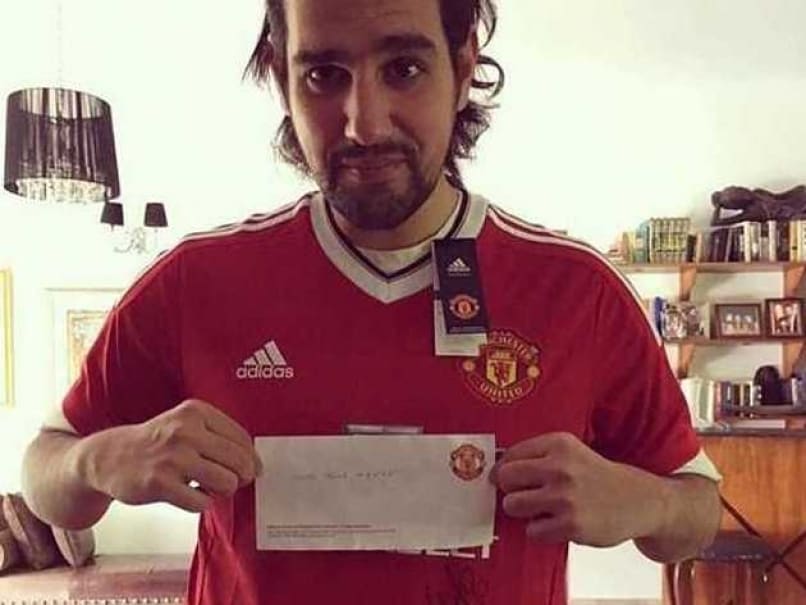 Shahbaz Taseer was held captive by the Taliban for five years and he survived the torture by watching matches of Manchester United. (Picture Credit: Instagram)

The son of a murdered Pakistani governor who was kidnapped by Islamist insurgents has received a signed jersey from Manchester United after revealing that listening to their matches kept him "sane" during his five years in captivity.

Shahbaz Taseer, who is in his early thirties, was captured by gunmen in Lahore in 2011 and returned to his family this March, a rare happy ending that captured the public's imagination in a country that has been battling a homegrown insurgency for more than a decade.

Last month, he described in chilling detail how he was flogged, shot and had his nails pulled out by Uzbek tormentors, but was able to cling on to sanity by following the progress of his favourite football club via a radio that one of his guards, a fellow United fan, snuck into his cell.

"For me, it was a window to the outside world. Getting soccer news kept me sane," Taseer wrote in Pakistan's Daily Times newspaper.

On Saturday he tweeted a picture of himself wearing the famous red shirt, expressing his jubilation.

Since his release, Shahbaz and his wife Maheen have lit up Twitter with their funny and loving account of their relationship and of his return to civilisation.

His father Salmaan Taseer was governor of Punjab province and was shot dead by his own bodyguard for his opposition to the country's blasphemy laws, which critics say are used to target religious minorities.

The exact circumstances of Shabaz's release remain unclear. He told CNN and the BBC that the Islamic Movement of Uzbekistan wanted to use him for a prisoner swap.

Later, after he came into the custody of the Afghan Taliban, he said he was released with the help of a senior militant but did not explain why.

Earlier this year, Argentine football star Lionel Messi sent two jerseys to a five-year-old Afghan boy who became an Internet sensation when he was pictured wearing a plastic bag with "Messi" scrawled on it in marker pen.

Comments
Topics mentioned in this article
Manchester United Football
Get the latest updates on India vs South Africa and check out  Schedule, Results and Live Score. Like us on Facebook or follow us on Twitter for more sports updates. You can also download the NDTV Cricket app for Android or iOS.