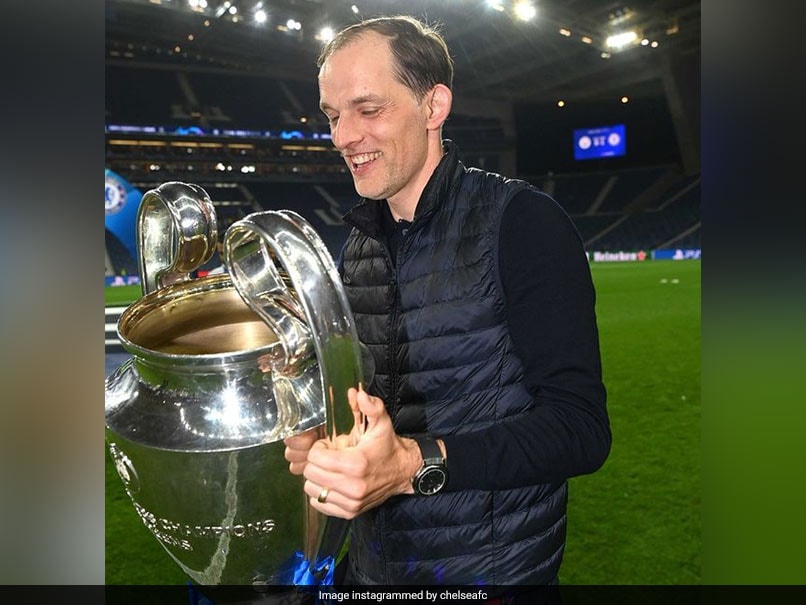 Chelsea rewarded Thomas Tuchel for winning the Champions League in his first five months in charge with a new contract to 2024 on Friday. The German joined in January with the Blues languishing in ninth in the Premier League. But Chelsea were revitalised by Tuchel's arrival, climbing the table to finish fourth before winning European club football's biggest prize against Manchester City in Porto last weekend. "I cannot imagine a better occasion for a contract renewal. I am grateful for the experience and very happy to stay part of the Chelsea family," Tuchel said in a club statement.

Chelsea director Marina Granovskaia added: "When Thomas joined us in January there was still so much to play for domestically and in Europe. He slotted in seamlessly and immediately became an integral part of the Chelsea family.

"Returning us to the top four in the Premier League was crucial, and we could not be happier with our success in the Champions League which crowned a remarkable season at Chelsea.

"We are obviously extremely pleased therefore to retain Thomas for a further two years, and look forward to more achievements in the coming seasons."

Chelsea English Premier League Football
Get the latest updates on ICC T20 Worldcup 2022, check out the Schedule and Live Score. Like us on Facebook or follow us on Twitter for more sports updates. You can also download the NDTV Cricket app for Android or iOS.