Torino And Parma Play Out Draw In Serie A Return

Juraj Kucka grabbed a point for Parma with his 31st-minute leveller after Nicolas Nkoulou had nodded hosts Torino ahead. 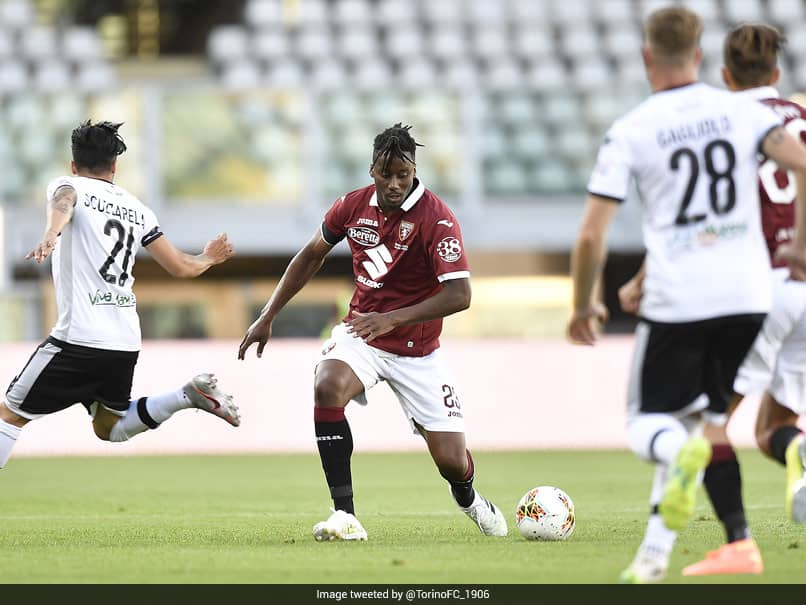 Serie A resumed after a 3-month coronavirus shutdown with Torino drawing 1-1 at home with Parma.© AFP

Torino's Andrea Belotti missed a penalty as Serie A resumed on Saturday after a three-month coronavirus shutdown with his side drawing 1-1 at home with Parma as ten-man Verona held on to beat Cagliari 2-1. Juraj Kucka grabbed a point for Parma with his 31st-minute leveller after Nicolas Nkoulou had nodded the hosts ahead after quarter of an hour behind closed doors at Turin's Stadio Olimpico. But the first top-flight game in 103 days in Italy got off to a false start with a deflated ball having to be replaced after five seconds.

Before kick-off players and referees formed a circle to observe a minute's silence for the victims of COVID-19, which has killed over 34,500 people in Italy.

Torino had a message on their shirts for health care workers: "Thanks to all our heroes."

Cameroon defender Nkoulou took the knee after heading in the opening goal, paying tribute to American George Floyd, whose death at the hands of police in Minnesota sparked worldwide protests over racial and social injustice.

But Parma were soon on level terms with Ivory Coast forward Gervinho setting up Slovak Kucka to blast in the equaliser 16 minutes later.

Parma could thank goalkeeper Luigi Sepe for their point when, after already denying Simone Zaza at close range, the Italian stopper then pushed away Belotti's spot-kick just three minutes after the break.

Torino ended a six-match league losing streak with their first point since January 12, but stay 15th, three points above the relegation zone, with Parma in eighth place.

"This performance gives us an important signal, we are alive," said Torino coach Moreno Longo.

"We're satisfied with the performance but not the result. We played united as a team despite coming through a difficult period.

"We think positive for the next game even if the path is long and difficult."

Four postponed games take place this weekend with Verona getting past Cagliari thanks to Samuel Di Carmine's first-half brace.

Di Carmine headed in the first after 14 minutes, adding a second after 26 minutes.

And Giovanni Simeone pulled a goal back for the Sardinians when he connected with a Luca Pellegrini cross before the break.

But Verona held on to consolidate seventh place, one point off the Europa League places.

Cagliari, meanwhile, without a win since December 2 and playing their first game under new coach Walter Zenga, are 12th.

Champions Juventus return to their quest for a ninth consecutive title at Bologna on Monday, days after their Italian Cup final defeat to Napoli.

Maurizio Sarri's side hold a one-point lead on second-placed Lazio, while Inter Milan are third, nine points adrift of the leaders.

In the battle for Champions League places Atalanta are fourth, three points ahead of Roma, with Napoli sixth a further six points adrift.

At the bottom of the table SPAL and Brescia occupy the last two places and look destined to play in Serie B next season.

But five teams look set to battle to avoid the final relegation berth with just three points between Udinese in 14th position and 18th-placed Lecce.