Sunil Chhetri is second only to Cristiano Ronaldo on the list of active international scorers in world football. 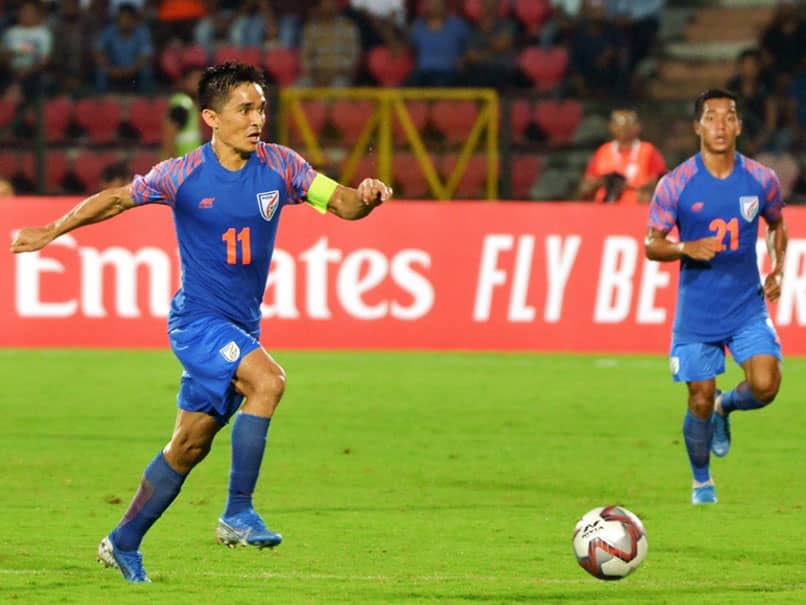 Sunil Chhetri said he aims to be a better person than what he was in 2019.© AFP

At 35, Sunil Chhetri knows he does not have "many" games left for the national team, hence at the turn of the new year, the talisman Indian football team captain wants to work even more harder on his game as he tries to guide the team to the 2023 Asian Cup in China. "I understand that I don't have many games left to play for my nation," Chhetri said on Friday. "There's no point in jumping the gun. Hence, personally I want to take one game at a time," said Chhetri who is second only to Cristiano Ronaldo on the list of active international scorers in world football.

Chhetri, India's record goal-scorer, was dubbed by India head coach Igor Stimac as "having the body of a 29-year old."

"I need to work harder now," he quipped when pushed about Stimac's comment.

"As a team, we need to win as many games as possible. The eventual aim is to qualify for AFC Asian Cup China 2023. We need to be consistently qualifying for the continental championships and there can be no compromise on that aspect."

"The belief in the squad is unmistakable. There's no reason why we can't be in China," he added.

India are currently on three points from five matches in the World Cup qualifiers and are slated to play Asian champions Qatar -- whom they held to a goal-less draw in Guwahati -- at home on March 26 next.

"I am so proud that at my club we have 5-6 players playing for the country. It would be great if we can add to that number. There's so much talent among the young lads. It's important we continue doing what we are doing. Most importantly we can never get stagnant or complacent," said Chhetri who plies his trade for Indian Super League (ISL) champions Bengaluru FC.

"At Bengaluru FC we have really done well domestically. We want to continue on the trend domestically, and most definitely want to do well in Asia. There's an opportunity knocking at our doors this year too, and we need to grab it," Chhetri said of his ambitions with the club.

Chhetri, who has 72 goals to his name, admitted that he aims to be a better person than what he was in 2019.

"Personally, there's no stop to be a better human being. Little by little, not by making big promises, I need to be calmer, read more, spend more time with my loved ones, and be more mindful about nature and environment.

"There can never be any stop to learn about different cultures by travelling to different places. And, whatever comes your way, continue the healthy eating habits."

India Sunil Chhetri Football
Get the latest updates on IPL 2021, IPL Points Table , IPL Schedule 2021 , live score . Like us on Facebook or follow us on Twitter for more sports updates. You can also download the NDTV Cricket app for Android or iOS.