Son Heung-min said he learned many things from the tournament and that will make him become a better player. 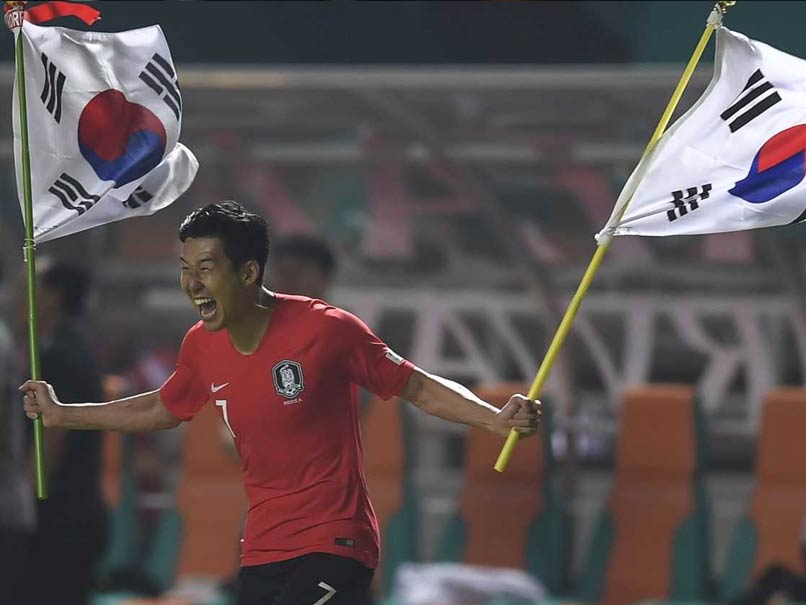 South Korean forward Son Heung-min said on Monday that he will make further progress in his football career after winning a gold medal at the Asian Games. The Tottenham Hotspur star returned to a hero's welcome with his teammates at Incheon International Airport, with hundreds of fans waiting to greet the gold medallists at the Jakarta-Palembang Asian Games in Indonesia, reports Yonhap news agency. "It was my first time winning a competition," Son told reporters at the airport. "I'm happy and thankful that I won with the South Korean jersey. I hope I can have more moments that I can smile at in the end." South Korea defeated Japan 2-1 in extra time to defend their Asiad men's football title. Son assisted both Lee Seung-woo's and Hwang Hee-chan's goals at Pakansari Stadium in Cibinong, south of Jakarta, to help in South Korea's precious win.

"I can remember every single match like they happened yesterday," he said. "There were good results and bad results. But all of them are precious moments that I don't want to forget."

The 26-year-old was one of the three overage players on the under-23 team and served as captain. U-23 football coach Kim Hak-bum previously said Son was a mentor to young players.

"It was the first time playing a competition as the team captain, so I was concerned," he said. "But Hwang Ui-jo and other players helped me a lot. On the pitch, I felt more responsibility as captain."

Son said he learned many things from the tournament and that will make him become a better player.

"We had a tight schedule, and it was the first time since my middle or high school days that I played that many matches in such a short period of time," he said.

"But I learned many things. Although I was physically tired, I tried not to show it to my teammates, and I always worked hard to sacrifice for the team. The players followed me, and that's why we got a good result."

With the Asiad gold, Son will be exempt from compulsory military service. All healthy South Korean men must serve about two years in the military, but those who earn gold medals at the Asian Games or any colour of Olympic medal are exempt from the national duty. Instead, they only need to take four weeks of basic training.

During the Asian Games, he was supported by not only South Korean fans but also fans from his English club Tottenham Hotspur. The London club gave permission to Son to compete at the Asian Games and offered him a new deal that runs through 2023. With Son winning Asiad gold, it was a win-win situation in the end.

"I left my club for such a long time," he said. "As a footballer, this can't be the end for me. I think what's important is the future, and I'll try to accomplish what people want from me."

Son Heungmin Football
Get the latest updates on ICC T20 Worldcup 2022 and CWG 2022 check out the Schedule, Live Score and Medals Tally. Like us on Facebook or follow us on Twitter for more sports updates. You can also download the NDTV Cricket app for Android or iOS.