Serie A: Dejan Kulusevski Rescues Point For Juventus Against Verona

Juventus, nine-time reigning Serie A champions have stalled under new coach Andrea Pirlo after winning their opener against Sampdoria, their only victory on the pitch in Serie A this season. 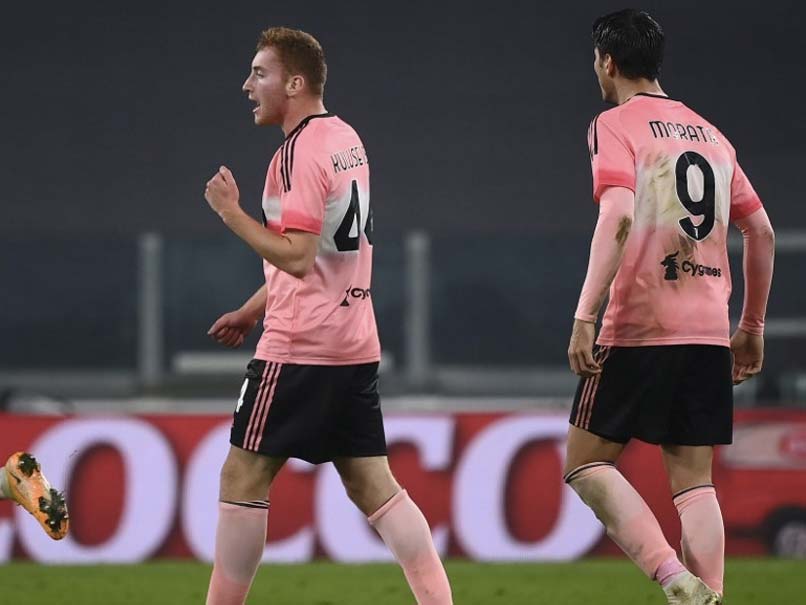 Dejan Kulusevski came off the bench to rescue a point as champions Juventus were held to a draw.© AFP

Dejan Kulusevski came off the bench to rescue a point as champions Juventus, playing without Cristiano Ronaldo, were held to a third Serie A stalemate at home against Hellas Verona on Sunday. Portuguese forward Ronaldo remains absent after testing positive for coronavirus with Juventus preparing for next week's Champions League tie against Barcelona in Turin. "We had a too wait-and-see first half, we weren't very aggressive with the midfielders but we had the most dangerous opportunities," said Juventus coach Andrea Pirlo.

Substitute Andrea Favilli put Verona ahead after an hour in Turin but Swedish forward Kulusevski rescued Pirlo with 13 minutes to go.

"In the second half after the goal there was a good response, but we shouldn't need a slap in the face to wake us up.

"When you play against Verona it's hard for everyone, but we could have done better."

To add to Pirlo's problems before hosting Barcelona, defender Leonardo Bonucci went off with a thigh problem. Veteran Giorgio Chiellini is already out.

"We will evaluate it tomorrow, calmly."

Juventus are fifth in Serie A, three points behind leaders AC Milan, who host Roma on Monday.

The nine-time reigning champions have stalled under new coach Pirlo after winning their opener against Sampdoria, their only victory on the pitch in Serie A this season.

They drew against promoted Crotone 1-1 and 2-2 at Roma. Between those matched they were awarded a 3-0 victory after Napoli refused to travel to Turin on October 4 because of coronavirus cases.

On Sunday, Ebrima Colley had a goal ruled offside after quarter of an hour for Verona with the hosts also denied an Alvaro Morata goal for a marginal offside.

Favilli came on after 55 minutes and five minutes later had the visitors ahead finishing off a Mattia Zaccagni cross.

The Verona goalkeeper pulled off two late saves to stop Dybala and Morata.

Napoli moved up to second place, one point behind AC Milan, after a 2-1 win over promoted Benevento, a match in which brothers Lorenzo and Roberto Insigne scored for rival clubs.

"I'm very happy, but sorry my first goal in Serie A was against my brother," said midfielder Roberto, 26, who opened the scoring after half an hour against his hometown club who he left two seasons ago for Benevento.

Lorenzo Insigne, 29, marked his return from injury with a stunning equaliser for his 68th top-flight goal for Napoli, with Matteo Politano setting up Andrea Petagna for the winner seven minutes later.

Gennaro Gattuso's side got back to winning ways after their surprise 1-0 Europa League home defeat by AZ Alkmaar.

"After the game? I told him (Roberto) my left is better than his," joked Lorenzo.

"No, I'm kidding, we also hugged because today was an exciting day for our family. I'm happy with the goal and congratulate my brother too.

"The left foot is not my favourite but I struck it very well and I must say it was a beautiful goal."

Mid-table Fiorentina got back winning 3-2 against Udinese thanks to a Gaetano Castrovilli brace either side of a Nikola Milenkovic header.

Five of the goals came in a thrilling first half. Cagliari are 11th with Crotone bottom of the table.

Cristiano Ronaldo Andrea Pirlo Football
Get the latest updates on IPL Auction 2023 and check out  IPL 2023 and Live Cricket Score. Like us on Facebook or follow us on Twitter for more sports updates. You can also download the NDTV Cricket app for Android or iOS.