With terror threat looming large over football matches, Spanish authorities have increased police presence for the UEFA Champions League tie between Atletico Madrid and Galatasaray as part of protective measures. 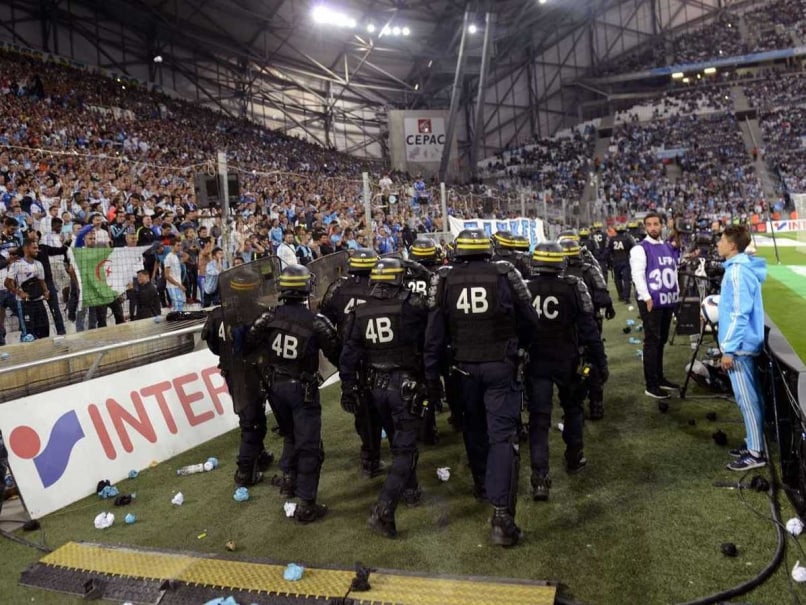 Following a terror attack outside State de France, Spanish authorities are taking no chances and have heightened security for a UEFA Champions League tie. © AFP
Madrid:

Spanish authorities in Madrid have tightened security with 30 percent more police officers for the UEFA Champions League football game on Wednesday between Atletico Madrid and Turkish side Galatasaray at the Vicente Calderon Stadium.

The step comes as part of protective measures against any terrorism attempt, reports Efe.

Speaking to reporters at Madrid police headquarters the government delegate in Madrid, Concepcion Dancausa explained that the match is high risk because it is in the UEFA Champions League.

Dancausa added that all mass gatherings of people will be protected and therefore there will be 30 percent more police officers and the club has increased the number of private security guards.

Comments
Topics mentioned in this article
Atletico Madrid Galatasaray Football
Get the latest updates on India vs England Series, India vs England , live score and IPL 2021 Auction . Like us on Facebook or follow us on Twitter for more sports updates. You can also download the NDTV Cricket app for Android or iOS.