Bundesliga side Schalke 04 have strengthened their attacking options in the German league by signing Brazilian attacking midfielder Raffael on loan from Dynamo Kiev until the end of the season. 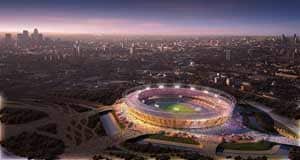 Bundesliga side Schalke 04 have strengthened their attacking options in the German league by signing Brazilian attacking midfielder Raffael on loan from Dynamo Kiev until the end of the season.

Schalke play Hanover 96 in the Bundesliga on Friday, then face Galatasaray in the last 16 of the Champions League on February 20 in Istanbul.

Having played three Champions League games for Dynamo already this season, Raffael is now not eligible to play in Europe's top domestic competition with the Gelsenkirchen-based Royal Blues.

The 27-year-old has been brought into replace Dutch wing Ibrahim Afellay, who is out until the end of February with a thigh injury, and the Royal Blues have an option to buy ex-Hertha Berlin star Raffael.

"Due to our bad luck with injuries - for example, the loss of Ibrahim Afellay for the next two months - we have decided to once again to be active in the transfer market," said Schalke's manager Horst Heldt.

"We are delighted Raphael's transfer has been completed. It increases our attacking options.

"Raffael will have no problems adjusting as he has already spent four years playing in Germany."

Raffael joined Dynamo from Hertha last July for eight million euros (US$10.6m) and said he is delighted to return to the Bundesliga outfit, who have picked up just two points in their last six league games and are seventh.

"I am honoured to wear the Schalke shirt and thrilled to be able to return to the Bundesliga," said Raffael, who has a contract with Kiev until 2016, and passed the medical on Tuesday night.

"The fans can be assured that I will do my best to make sure the club is successful."

Comments
Topics mentioned in this article
Football Dynamo Kiev FC Schalke 04
Get the latest updates on IND vs NZ 2021, check out the Schedule and Live Score . Like us on Facebook or follow us on Twitter for more sports updates. You can also download the NDTV Cricket app for Android or iOS.