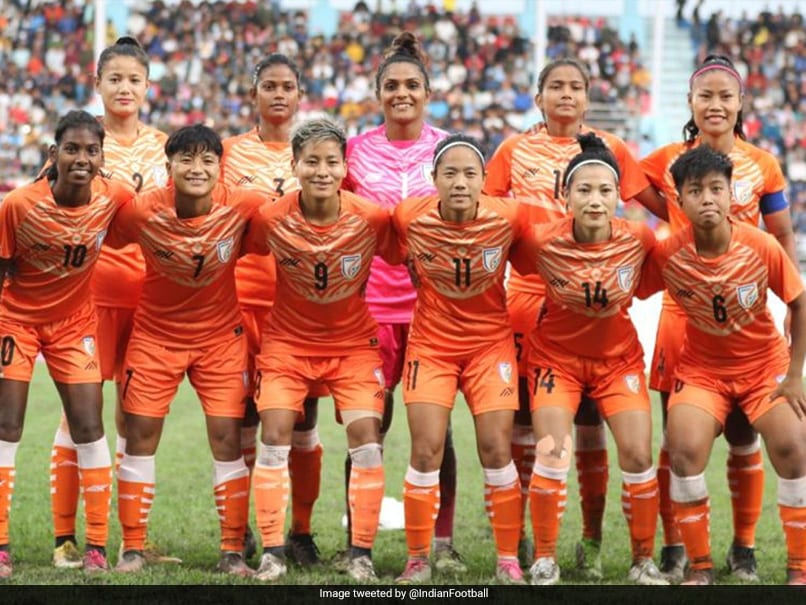 India crashed out of the SAFF Women's Championship after a 0-1 defeat at the hands of hosts Nepal in the semifinals at the Dasharath Stadium in Kathmandu on Friday. This is the first time the Indian football team has been knocked out in the semifinals stage of the tournament. Rashmi Kumari Ghishing scored the only goal of the game as the hosts eked out a win on a mud-soaked pitch.

The home side started off on the front foot, using the left flank on a number of attacks in the opening exchanges. However, Indian defenders Sweety Devi and Manisa Panna remained alert to the danger and thwarted the hosts' attacks.

Renu had India's first real chance of the match on the 12th minute, when she darted into the opposition box, but Nepal's captain and goalkeeper Anjila Subba came off her line to clear it away.

As the match approached the half hour mark, Sandhiya Ranganathan became more active down the right wing. She orchestrated an attack on the 22nd, passing it to Ratanbala Devi, who squared it to Priyangka Devi, who eventually got dispossessed inside the box.

Later, Sandhiya again sent in a cross for Renu, who tried to curl it into the far post, but her effort was saved. That proved to be the last meaningful contribution by Renu, as India head coach Suren Chettri soon took her off, bringing Soumya Guguloth onto the pitch with minutes left for the half time whistle.

However, it was Nepal who took the lead in injury time of the first half, when Preeti Rai sent a cross at Rashmi Ghishing's feet, and the latter turned and fired it into the bottom corner.

A goal up, Nepal came out with much gusto in the second half, as Anita Basnet and Rashmi Ghishing began orchestrating attacks for the home side, prompting Suren Chettri to make an attacking change, bringing on striker Apurna Narzary in place of midfielder Priyangka Devi.

Apurna soon got into the thick of things as she looked to thread passes through to the likes of Dangmei Grace and Soumya Guguloth. However, the Nepal defence was up to the task.

Staring at a semifinal exit, India mounted some desperate attacks that earned them a couple of free kicks in the opposition half, with around 20 minutes of regulation time left.

Ashalata Devi took charge of the set-pieces, looking to feed them through to her teammates, but the Nepal defence held firm.

Soumya had one last chance for India with just minutes left on the clock, as she was played through behind the defence by Apurna. The former darted into the box but the ball was swept off her feet by an onrushing defender, before she could shoot.