The global football governing body FIFA is touting "overwhelming" demand from both Russia and abroad for admission to the football showpiece. 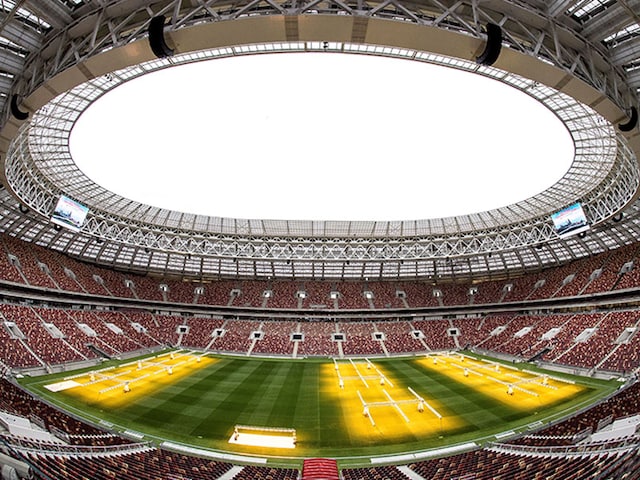 Russia has cracked down on more than 800 websites illegally offering World Cup tickets when their general sale resumed after a six week wait. The global football governing body FIFA is touting "overwhelming" demand from both Russia and abroad for admission to the football showpiece. But organisers were forced to apologise after fans had to wait five hours on line once game passes became available again through FIFA on Tuesday. It appears that some people's patience snapped and they decided to explore the web's other options. The Roskomnadzor communications regulator did the same. The agency on Thursday reported discovering 858 Russian web pages claiming to have tempting offers for the June 14 to July 15 tournament.

"Based on Roskomnadzor demands, the illegal information was removed from most (822) internet resources," the agency said in a statement.

It said eight websites failed to remove their advertisement and were blocked. Another 28 still have time to respond to the notice.

- Overbooked -
Organisers raised the alarm early about the possibility of Russians trying to circumnavigate the law.

Prime Minister Dmitry Medvedev promised ahead of the December 1 World Cup draw in the Kremlin to crack down hard on ticket cheats.

"It will not matter whether these are ordinary citizens or officials, individual entrepreneurs or organisations," said Medvedev.

The authorities are imposing a fine of 1.5 million rubles ($26,000) -- nearly two average annual salaries -- on anyone selling fake football merchandise.

Fans caught with a ticket purchased from someone other than a FIFA vendor will be kept out of the stadium.

And even a legal one will not guarantee admission: supporters must also get a Fan ID card issued after a rigorous Russian security check.

Organisers are trumpeting tremendous ticket success despite Russia's first World Cup being held under a cloud of deteriorating relations with the West.

Things grew from bad to worse when London on Wednesday kept ministers and royals from attending over a nerve agent attack on a former double agent in England.

It also warned travellers about the risk of "anti-British sentiment or harassment" and the dangers of discussing politics in public.

Yet England is still one of the top 10 recipients of the 1,660,316 tickets either purchased or ordered so far.

Foreign demand makes up slightly more than half of the sales -- a figure FIFA is proud of.

"Such a great interest obviously caused many matches to be fully overbooked," FIFA Head of Ticketing Falk Eller conceded.

"Fans who were not so lucky can still be part of the FIFA World Cup in Russia as sales restart."

All World Cup matches are available except for the final and Iceland's game against Argentina in Moscow on June 16.

Nearly a tenth of Iceland's population of 335,000 visited the Euro 16 in France and at least the same number is expected in Russia.

Comments
Topics mentioned in this article
Russia FIFA Football
Get the latest Cricket news, check out the India cricket schedule, Cricket live score . Like us on Facebook or follow us on Twitter for more sports updates. You can also download the NDTV Cricket app for Android or iOS.