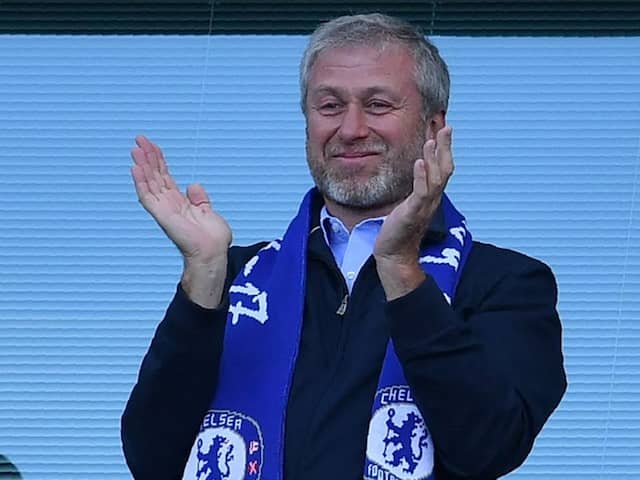 Roman Abramovich has been granted Israeli citizenship and taken up residence there.© AFP

With their Premier League rivals already strengthening for next season, Chelsea risk losing further ground as uncertainty swirls over the future of manager Antonio Conte and even owner Roman Abramovich. A fifth-placed finish just a year after winning the league in Conte's first season in charge meant many expected the FA Cup final to be the Italian's last match in charge, despite beating Manchester United 1-0 to end the season on a high. However, more than two weeks on, no decision has been made on Conte's future, with speculation that former Paris Saint-Germain boss Laurent Blanc and Maurizio Sarri, who was recently replaced by Carlo Ancelotti at Napoli, have been lined up as possible replacements.

The apparent drift has been linked to a reported delay in the renewal of a British visa for Russian billionaire Abramovich, who has bankrolled Chelsea's success since taking over the club in 2003.

It follows a diplomatic crisis between London and Moscow over the poisoning of a former Russian double agent and calls from some for sanctions that would hurt super-rich Russians sheltering their wealth in London.

Abramovich has been granted Israeli citizenship and taken up residence there, according to Israel's ambassador to Russia.

Chelsea announced last week they had shelved plans for a new 60,000-seater redevelopment of Stamford Bridge due to an "unfavourable investment climate".

However, where they could once outspend their competition, Chelsea have been gazumped by Manchester City's Abu-Dhabi backed wealth and Manchester United's booming commercial revenues.

A lack of resources and control over what is spent on the squad have been Conte's consistent complaints in a season marked by clashes with the club's hierarchy.

And cost-cutting is at the heart of the uncertainty engulfing Chelsea at the moment, with the West Londoners reluctant to pay Conte a reported £9 million ($12 million, 10 million euros) in compensation for the final year of his contract.

The same goes for attempts to lure Sarri to Stamford Bridge. Despite Ancelotti's appointment, Sarri has not been released from his contract, which runs until 2020, meaning Chelsea would need to meet his eight-million-euro release clause unless a deal can be struck with Napoli.

Blanc has emerged as a leading candidate should Conte be dismissed. The former French captain has been unemployed since leaving Paris Saint-Germain two years ago.

French sports daily L'Equipe said on Wednesday that Blanc was in prime position for the Stamford Bridge job after meeting with Abramovich's close aide and Chelsea director Marina Granovskaia.

However, whoever takes charge next season faces a huge task just to get Chelsea back into the Champions League, let alone making the Blues champions of England once again.

Tottenham will move into a new 62,000-capacity new stadium next season having tied down Mauricio Pochettino to a new five-year contract, while even Arsenal have a headstart on Chelsea for their season's planning, having hired Unai Emery as Arsene Wenger's successor at the Emirates.