Paulo Dybala had been touted for a move to Serie A runners-up Inter Milan, which would have ensured Champions League football next season 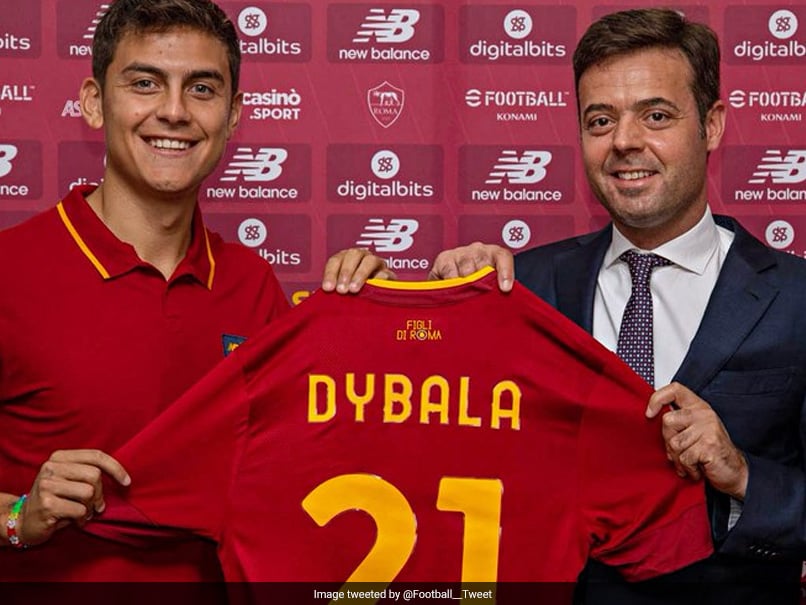 Roma on Wednesday announced the signing of Paulo Dybala on a three-year contract.© AFP

Roma on Wednesday announced the signing of Paulo Dybala on a three-year contract after the Argentina forward's deal with Juventus expired. "I arrive at a team that is growing, with a club that continues to lay an increasingly solid foundation for the future and a coach, Jose Mourinho, with whom it is a privilege to work," Dybala said in a statement. The 28-year-old had been touted for a move to Serie A runners-up Inter Milan, which would have ensured Champions League football next season.

Sky reported that the contract was worth six million euros ($6.08m) per season including bonuses.

Dybala spent a trophy-laden seven years in Turin, scoring 115 goals for Juve, but has been dogged by injuries over the last two seasons.

He joined Juve from Palermo in 2015, going on to win five Serie A titles and four Italian Cups.

He also played in the team which reached the 2017 Champions League final but lost to Real Madrid.

Roma Football Paulo Dybala
Get the latest updates on IPL Auction 2023 and check out  IPL 2023 and Live Cricket Score. Like us on Facebook or follow us on Twitter for more sports updates. You can also download the NDTV Cricket app for Android or iOS.