Real Madrid announce on Tuesday that their president Florentino Perez has tested positive for coronavirus, but is currently asymptomatic. 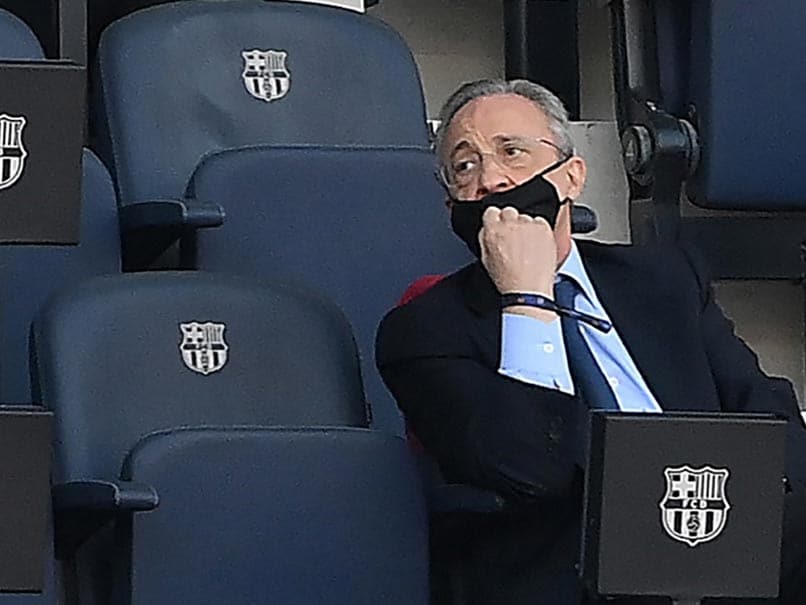 Florentino Perez is in his second term as Real Madrid president.© AFP

The club statement read: "Real Madrid confirms that our president Florentino Perez has given a positive result in the COVID-19 tests to which he is subjected periodically, although he is not presenting any symptoms."

The club have won five La Liga titles and the Champions League five times with Perez at the helm.

According to the club's website, Perez "has restored Real Madrid's international prestige...has put the institution's finances in good shape, transforming it into the richest club in the world."

But Madrid are struggling this season, with the team 10 points behind Atletico Madrid in La Liga, having played one game more. They were also knocked out of the Copa del Rey by Alcoyano in a shock defeat last month.

The club have been hit hard by the pandemic too, with their gross total debt up to around 901 million euros ($1.084 billion) and net debt around 355 million euros, according to reports in the Spanish press.