Premier League faces an eye-watering estimated loss of around 1 billion pounds ($1.25 billion) if no more football is played due to the global pandemic. 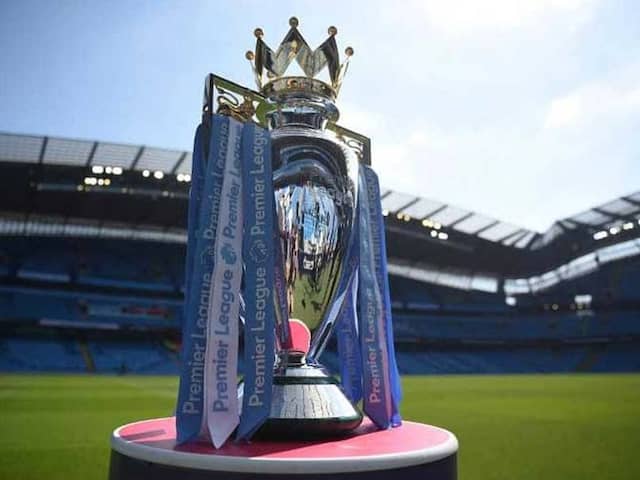 Premier League clubs on Friday reconfirmed their commitment to finish the 2019/20 season subject to coronavirus restrictions being lifted in Britain despite fears expressed by players. The English top flight faces an eye-watering estimated loss of around 1 billion pounds ($1.25 billion) if no more football is played due to the global pandemic. Playing the 92 remaining games behind closed doors would mitigate that loss, avoiding the need to repay hundreds of millions to broadcasters. But the Premier League faces huge logistical difficulties in its attempts to return to action, with Britain one of the countries worst-hit by COVID-19 as the number of deaths passed 27,500.

The league and clubs discussed possible steps towards resuming the season at a meeting on Friday.

"The league and clubs are considering the first tentative moves forward and will only return to training and playing with government guidance, under expert medical advice and after consultation with players and managers," the Premier League said in a statement.

"The clubs reconfirmed their commitment to finishing the 2019/20 season, maintaining integrity of the competition and welcomed the government's support."

The league reportedly informed clubs that matches will have to be played at up to 10 neutral venues for the season to be completed.

Brighton chief executive Paul Barber said on Thursday that the idea of not playing matches home and away was a "further imperfection" on top of games being behind closed doors.

The British government is due to review a nationwide lockdown on May 7 and Prime Minister Boris Johnson promised on Thursday to provide a "roadmap" towards easing restrictions.

Liverpool are on the brink of their first league title for 30 years with a 25-point lead at the top of the table.

However, the Premier League is keen to avoid potential legal challenges over the awarding of much more tightly contested European places, relegation and promotion if the season cannot be completed.

The decision to end the season based on average points per game has angered some clubs, most notably Lyon, who have threatened legal action after missing out on a European place.

Key to any restarting of matches in the Premier League is government support. Oliver Dowden, the Secretary of State for Digital, Culture, Media and Sport, struck a positive tone after a meeting with leaders of a number of sports on Friday.

"We just kicked off first of many detailed meetings to plan for a safe return of elite sport behind closed doors when, and only when, it is safe to do so on the basis of expert medical advice," Dowden tweeted.

However, players are questioning whether they are being rushed back into action to save the clubs money.

"Obviously, the majority of players are scared but above all because they have children, babies and family, they might live with their parents," Manchester City striker Sergio Aguero told Spanish show El Chiringuito TV.

"If we return I am sure everyone will be tense because the minute one person starts to feel ill, it will be 'what's going on there?'"

Players would potentially face weeks away from their families, quarantined in hotels.

"I am hoping that it doesn't come to that scenario," said Brighton striker Glenn Murray. "That is far-fetched, to spend eight weeks away from your family is quite a big ask."

A large supply of privately sourced tests would be needed for players, coaches and backroom staff.

Testing has been a thorny political issue during the pandemic in Britain, with many frontline workers unable to access tests until recently.

"If football was to resume then testing will be key and an extra layer of training will be required," former Chelsea doctor Eva Carneiro told the BBC.

"It only takes one case for all of this to blow up."