Pele recovering from surgery in Brazil

A Brazilian hospital says Pele is in good condition after surgery. 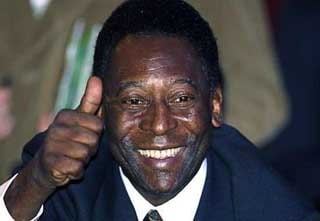 A Brazilian hospital says Pele is in good condition after surgery.

The Albert Einstein hospital in Sao Paulo did not release details, but local media said Tuesday that the soccer great had a hip operation.

The hospital said it can only disclose additional information with the consent of Pele's family.

Globo TV said he is expected to be released on Wednesday. It wasn't clear when he was admitted.

Comments
Topics mentioned in this article
Football Brazil England Pele
Get the latest Cricket news, check out the India cricket schedule, Cricket live score . Like us on Facebook or follow us on Twitter for more sports updates. You can also download the NDTV Cricket app for Android or iOS.