Paul Pogba said Manchester United, who are also still chasing FA Cup and Europa League glory, were heading in the right direction but were not yet where they wanted to be. 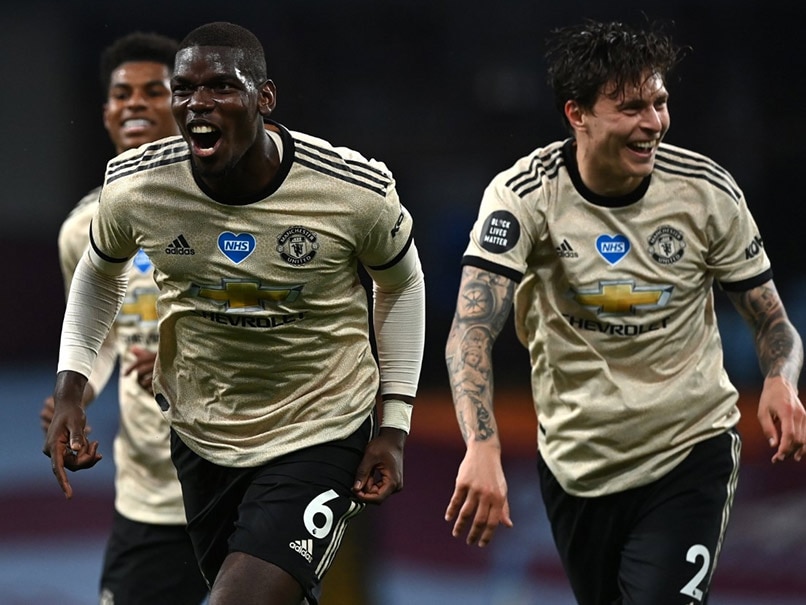 Paul Pogba scored his first goal of an injury-ravaged season in 3-0 win over Aston Villa.© AFP

Paul Pogba has hailed Manchester United's improved form, saying they are now a "proper team" as they hunt Champions League qualification for next season. United, on a 17-game unbeaten run in all competitions, host Southampton on Monday, with the chance to leapfrog Chelsea and Leicester into third place in the Premier League. Pogba, who scored his first goal of an injury-ravaged season in United's 3-0 win at Aston Villa on Thursday, told the club's official matchday programme that players were now pulling in the same direction.

"Like I said before, it's about the team," he said. "You can call it a proper team. Sometimes before, we were maybe too defensive or too offensive and we didn't have this balance or this control.

"Now you can see we have that balance and there is more structure and we've been working hard on that. The improvement is huge and you can tell that."

The French World Cup winner said United, who are also still chasing FA Cup and Europa Leagueglory, were heading in the right direction but were not yet where they wanted to be.

"United is about trophies, we know that," he said. "And there are trophies we know we can get and we can win.

"We don't want to let this opportunity go away. We're going to do our best to go and get those two trophies by giving everything.

"We feel great. That is the mentality now -- you have a positive mentality when you have a good result, but you also have to have the ability to get through the games like we did in the last few games."