Ole Gunnar Solskjaer is happy with the recruitment of Aaron Wan-Bissaka and Daniel James in a change of strategy in the transfer market, focused on younger British players. 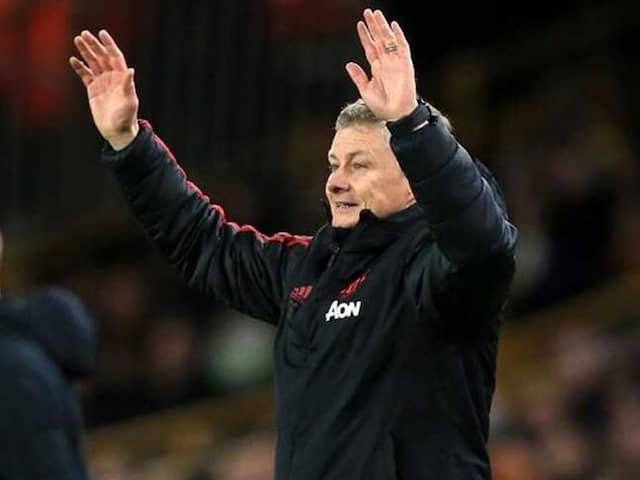 Ole Gunnar Solskjaer wants his side to be more consistent in his first full season in charge.© AFP

Manchester United manager Ole Gunnar Solskjaer insists he is happy with the transfer business the club have completed so far this summer and expects more signings before the season gets underway. United have spent up to 65 million euros (USD 82 million) on promising youngsters Aaron Wan-Bissaka and Daniel James, but there has not been a huge turnover in players at Old Trafford despite a bitterly disappointing end to last season. However, Solskjaer believes more business will be done over the next month and is happy with the recruitment of Wan-Bissaka and James in a change of strategy in the transfer market, focused on younger British players.

United reportedly had a 70 million euros bid for England international centre-back Harry Maguire turned down by Leicester this week.

"It's a long-term and it's a short-term project," Solskjaer told MUTV.

"You cannot just think three years down the line, so we've got short-term goals as well, of course.

"I think we've been quite calm and good in the market as we've got the right people, and we're still working on a case or two."

"I've got the backing and we've got the people we wanted, for now, and there will probably be some more business being done."

After a bright start when Solskjaer was handed the job on a temporary basis in December, United's form slumped alarmingly towards the end of the campaign to finish sixth in the Premier League.

And the Norwegian wants his side to be more consistent in his first full season in charge to try and close the gap to English champions Manchester City and Champions League winners Liverpool.

"At Manchester United, and in the Premier League, I have to say, you have to be at our best for long, long periods," added Solskjaer.

"You've got to be consistent. You can see the top two teams last season were so consistent.

"To have the pre-season together and lay down the foundations and principles to get the fitness, the tactics and the mentality right, and to get the team gelled as one, is important."

One player who will be staying put at United is Andreas Pereira after the Brazilian midfielder signed a new four-year contract on Friday.

The 23-year-old, who came through the United Academy, enjoyed a breakthrough 2018-19 campaign and has made 35 first-team appearances.

"I have spent so long in Manchester that I now regard the city and the club as my home and I'm extremely happy to continue my career here," said Pereira.

"The manager has shown great faith in me and I can't wait to get this campaign started under him."

Manchester United English Premier League
Get the latest updates on IPL 2020, check out the IPL Schedule for 2020 and Indian Premier League (IPL) Cricket live score . Like us on Facebook or follow us on Twitter for more sports updates. You can also download the NDTV Cricket app for Android or iOS.