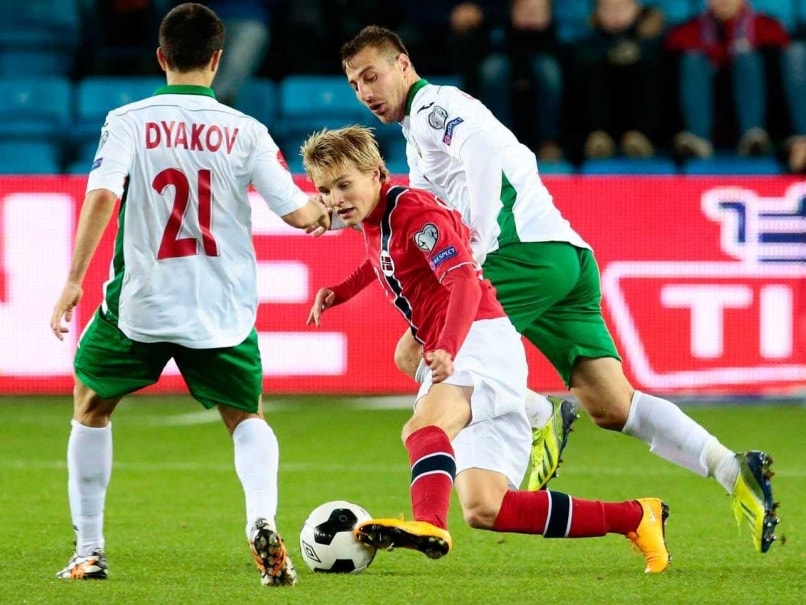 Norway's 15-year-old midfielder Martin Odegaard became the youngest player to appear in a European Championship qualifier when he came on as a second-half substitute in a 2-1 win over Bulgaria on Monday.

Odegaard replaced Mats Moller Daehli in the 64th minute to a huge ovation from the home crowd, setting a new age record at 15 years and 300 days. He broke a 31-year-old mark held by Iceland's Sigurdur Jonsson, who was 16 years and 251 days when he made his qualifying debut against Malta in 1983.

Odegaard told Norwegian newspaper Verdens Gang after the game that "it was special." He said "I think it went great today and we got the three points, that's the most important."

Comments
Topics mentioned in this article
Norway Bulgaria Football
Get the latest updates on IPL Auction 2023 and check out  IPL 2023 and Live Cricket Score. Like us on Facebook or follow us on Twitter for more sports updates. You can also download the NDTV Cricket app for Android or iOS.