Brazilian investment firm DIS, which held 40 percent of Neymar's sporting rights when he played at Santos, had claimed it was cheated out of its real share of the transfer due to parallel contracts that Barcelona and Santos allegedly used to hide the true cost 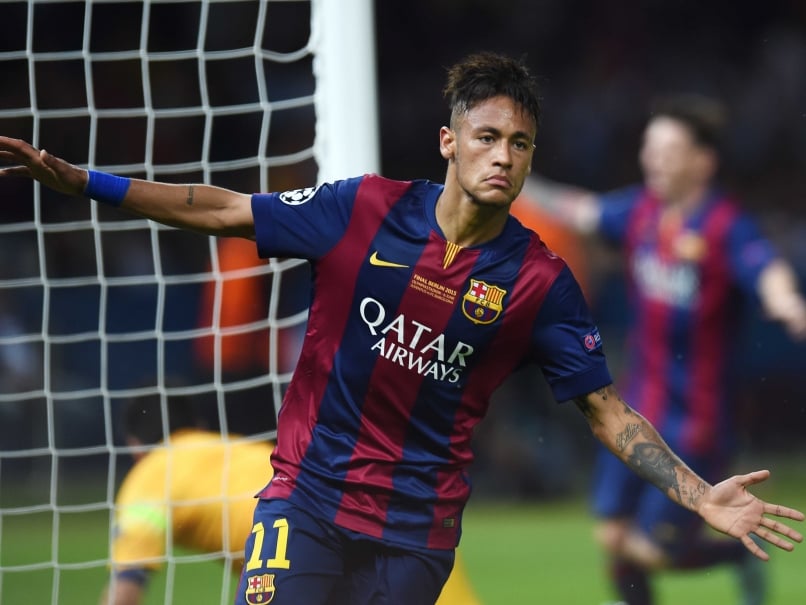 A Spanish judge on Friday dropped a fraud and corruption case against Brazilian superstar Neymar and his father in relation to the player's 2013 transfer to Barcelona.

However, the judge said that irregularities in the high-profile transfer were detected, but it was an issue for a civil court, not a criminal court to settle.

The case was brought by the Brazilian investment fund DIS, former owners of the rights of the player, now 24 and who moved to the Camp Nou from Santos in his homeland.

DIS, which held 40 percent of Neymar's sporting rights when he played at Santos, had claimed it was cheated out of its real share of the transfer due to parallel contracts that Barcelona and Santos allegedly used to hide the true cost.

High court judge Jose de la Mata ruled that while the case "could have sporting, ethical and disciplinary repercussions", it "cannot be pursued in the criminal courts", the court said in a statement.

Neymar and his father, who acts as his agent, and Barcelona president Josep Maria Bartomeu and his predecessor Sandro Rosell all denied any wrongdoing when they appeared in court in February.

Public prosecutors plan to appeal the judge's decision to shelve the case, a judicial source said.

The ruling comes lass than a month after Barcelona accepted to pay a 5.5-million-euro (USD 6.2 million) fine over the contested transfer in a deal with prosecutors that allowed the club to avoid trial on tax evasion charges, in a separate case related to the transfer.

The agreement freed up Bartomeu and Rosell from possible criminal proceedings that could have seen them jailed.

Barcelona had originally published the fee in the transfer as 57.1 million euros, with 40 million euros of that given to the player's family.

But Spanish authorities believe the true transfer figure was at least 83 million euros.

Santos -- the Brazilian club of a young Pele and where Neymar started his career -- received 17.1 million, 6.8 million euros of which went to DIS.

But Spanish judicial authorities believe another 26 million euros from the parallel contracts were shared between Neymar, his family and Santos, with the DIS and the taxman missing out on their cuts.

"It's good news. This is a chapter that we close," the head of the club's legal department, Ramon Gomez Ponti, told a news conference.

Neymar, widely regarded as one of the finest talents in world football, last week signed a five-year contract extension with Barcelona which includes a buy-out clause of up to 250 million euros.

The player was already under contract until 2018 with Barcelona and the deal will keep him at the Catalan side until June 30, 2021.

The prolific Brazil striker has played brilliantly for the Catalan club as part of a much feared attacking trident alongside Lionel Messi and Luis Suarez.

He helped Barcelona win the Spanish league last season for the second year in a row, narrowly beating their fierce rivals Real Madrid.

The club and its players have been plagued by a series of legal woes.

A Barcelona court on Wednesday sentenced Messi and his father to 21 months in jail for tax fraud although they are not expected to serve the term as is common in Spain for sentences of less than two years for non-violent crimes.

Messi's Barcelona and Argentina teammate Javier Mascherano was sentenced in December to a one-year suspended sentence for tax fraud after he was found guilty of failing to pay 1.5 million in taxes for 2011 and 2012.

Comments
Topics mentioned in this article
Neymar Barcelona Javier Mascherano Football
Get the latest updates on IPL 2021, IPL Points Table , IPL Schedule 2021 , live score . Like us on Facebook or follow us on Twitter for more sports updates. You can also download the NDTV Cricket app for Android or iOS.