Mohun Bagan to Take on East Bengal on September 7

Mohun Bagan and East Bengal is the oldest and most famous rivalry in Indian football between the two Kolkata-based clubs. 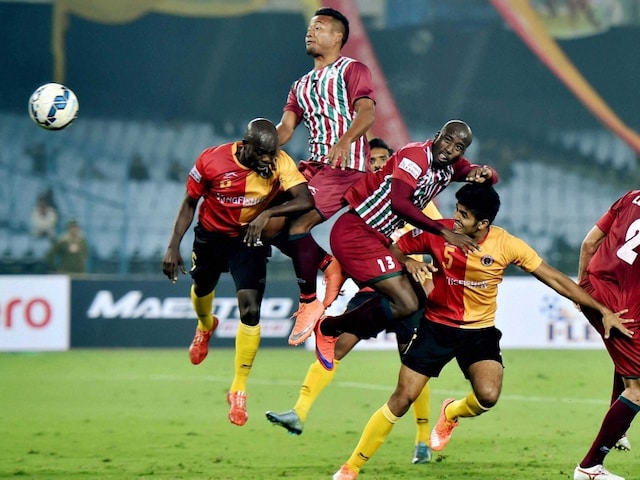 The much-anticipated first Kolkata derby of the season between Mohun Bagan and East Bengal will be held on September 7 at Kalyani Stadium, in the ongoing local league of the 'OC Blue Premier Division A', the State governing body IFA announced on Friday.

Eyeing a record seventh successive title, East Bengal with five wins on the trot lead the table with 15 points, two points ahead of arch-rivals Mohun Bagan who have four wins and a draw and the sellout fixture may decide the title.

The high-octane clash has been moved to Kalyani, about two hours from here, as the Vivekananda Yuva Bharati Krirangan in Saltlake is undergoing renovation ahead of next year's FIFA U-17 World Cup.

The Atletico de Kolkata's home matches in the upcoming Indian Super League have also been shifted to the Rabindra Sarovar Stadium.