Norway's football federation on Friday announced that it will approach UEFA over suspicions of match-fixing during the Europa League game between Aalesund and Albanian side Tirana. 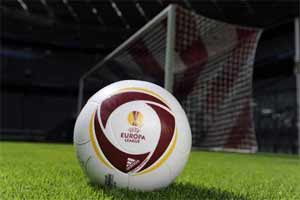 Norway's football federation on Friday announced that it will approach UEFA over suspicions of match-fixing during the Europa League game between Aalesund and Albanian side Tirana.

Tirana is suspected of having deliberately lost the third preliminary round on July 26 5-0, after the national lottery Norsk Tipping alerted the federation about unusual betting patterns, particularly from Asia, during the match.

Norsk Tipping spokesman Einar Busterud told AFP that suspicions were raised because the chances of a team winning 5-0 were low but there were such large numbers of bets on the result that the odds fell.

According to the federation and Norsk Tipping, which organises betting on football matches, Aalesund was not suspected of wrong-doing.

Questioned by the Verdens Gang newspaper, Tirana official Salih Dagani rejected allegations of match-fixing, instead blaming the result on the disadvantage of playing on artificial turf, lack of food and empty minibars in the team hotel.

On July 27, Norwegian police said they had arrested an official bookmaker as part of an investigation into alleged match-fixing involving two local third division games in which four footballers have already been implicated.

The person's identity was not revealed but they are an employee of Norsk Tipping, the Norwegian lottery which organises betting on football matches.

According to local media, large sums of money were bet in a short period of time in six Norsk Tipping agencies in Oslo on two third division games played on June 24.

Police are focusing on a match which Follo lost 4-3 at Oestsiden, despite leading 3-1 with 20 minutes to go. Three of the arrests were players from Follo and a fourth a player from Asker, who were beaten 7-1 by Frigg Oslo the same day.