The Marseille fan was accused of shouting out a death threat to Mathieu Valbuena, over a loudspeaker, during a match when the footballer appeared for his new club Lyon against former club Marseille. 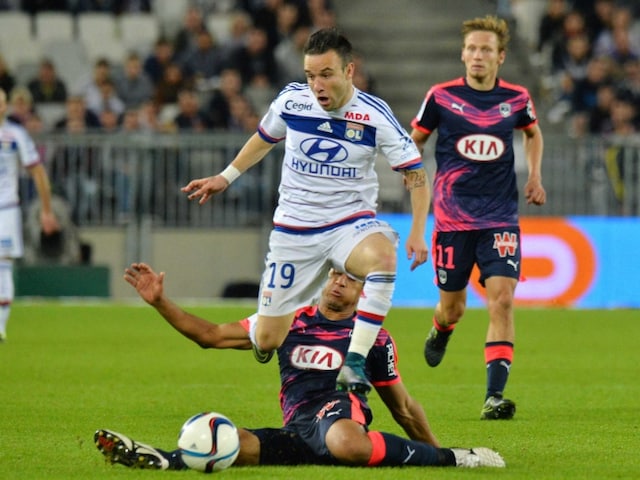 Mathieu Valbuena earlier used to play for Marseille, but now he plays for Lyon. When he appeared to play for the latter against his former club, the fan shouted out death threats at him.© AFP
Marseille:

The incident occurred during the match between Marseille and Lyon at the Stade Velodrome on September 20.

The 27-year-old man, who has not been named, is accused of having shouted out a death threat over a loudspeaker during the match where Valbuena appeared for his new club Lyon against Marseille.

Valbuena was a firm fan-favourite during an eight-year spell at Marseille before leaving to join Dynamo Moscow in 2014.

After just one season in Russia he returned to Ligue 1 but joined Lyon.

He was afforded a fiery reception by Marseille fans when the two sides clashed and an inflatable effigy of Valbuena was hung by the neck by a group of fans behind one of the goals.

Seven Marseille fans have been arrested in relation to violence in and around the ground during the match.

Three of those have already been condemned to prison sentences, although those may be commuted to community service.

The two ends of the Velodrome were closed for Marseille's last home match -- a 2-1 defeat to Angers last Sunday -- as punishment for those incidents.

The clubs fans have decided not to travel to the French capital this coming Sunday for the usually combustible clash with champions Paris Saint-Germain.