The 25-year-old German star has been linked with a move to Real Madrid, Chelsea and Arsenal but has put pen to paper with Jurgen Klopp's side. 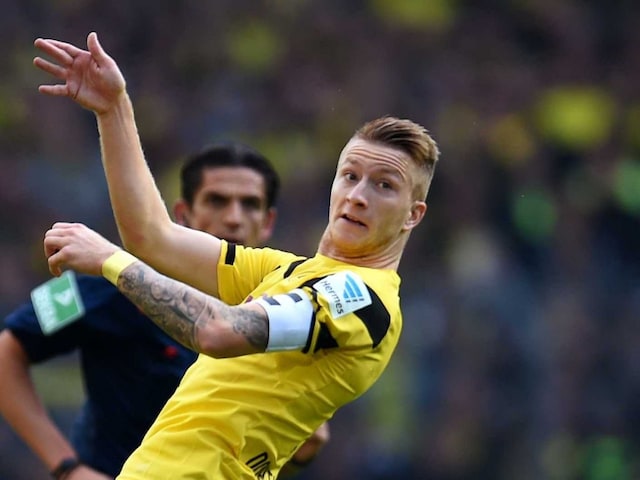 Midfielder Marco Reus on Tuesday extended his contract with Borussia Dortmund until 2019 despite the interest of several of Europe's top clubs.

The 25-year-old German star has been linked with a move to Real Madrid, Chelsea and Arsenal but has put pen to paper with Jurgen Klopp's side, reports dailymail.co.uk.

Dortmund currently lie in the relegation zone of the Bundesliga.

Reus had a 20 million pounds release clause in his previous contract. But the clause has been removed in the new deal.

Club chairman Hans Joachim Watzke says that Reus can be the leader of Dortmund for many years to come, just like Steven Gerrard at Liverpool.

"Marco can shape an era in Dortmund, as it has been done before him by Uwe Seeler in Hamburg or Steven Gerrard in Liverpool," he said.

"That Marco has decided in the midst of a sporting crisis for Dortmund, shows a high degree of identification, of which we are very proud."

Comments
Topics mentioned in this article
Borussia Dortmund Marco Reus Football
Get the latest Cricket news, check out the India cricket schedule, Cricket live score . Like us on Facebook or follow us on Twitter for more sports updates. You can also download the NDTV Cricket app for Android or iOS.