Manchester City F.C. captain Vincent Kompany has been ruled out until the start of 2015 with a recurrence of a hamstring problem, so Mangala will get a run of games at centre-back alongside Martin Demichelis. 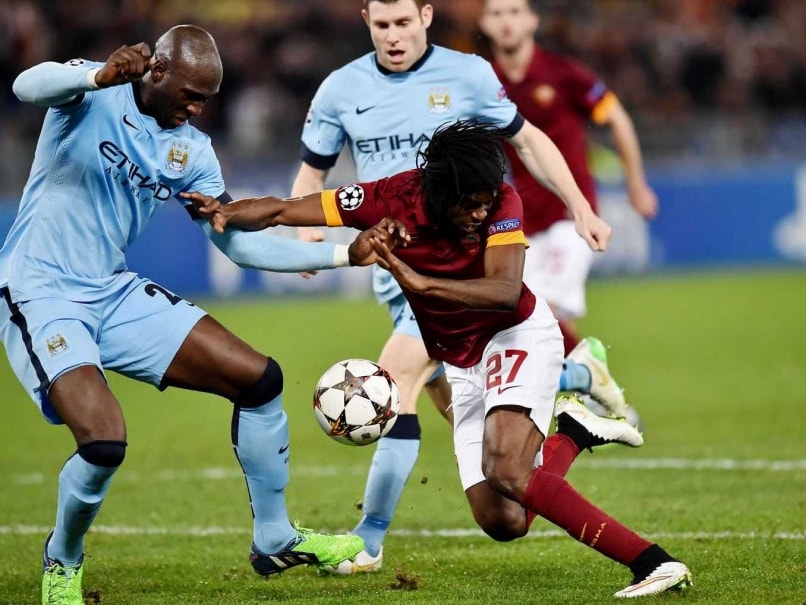 Mangala in action for Man City in the Champions League.© AFP
Manchester:

Manchester City manager Manuel Pellegrini claims he has complete faith in French defender Eliaquim Mangala ahead of the Premier League clash with Crystal Palace at Eastlands on Saturday.

City captain Vincent Kompany has been ruled out until the start of 2015 with a recurrence of a hamstring problem, so Mangala will get a run of games at centre-back alongside Martin Demichelis.

And Pellegrini believes the France international, who joined the English champions from Porto during the close season for £24.3 million ($38 million), will prove his worth during a hectic festive period after struggling at times in his first season in the Premier League.

"Of course we have a lot of trust in Mangala. That's why we bought him," Pellegrini said.

"Maybe he has made some mistakes in the Premier League and maybe he has delayed a bit to be settled here.

"But we continue to trust in him because I am sure he is a very good player, he is a very young player and he will be a very important centre-back for our team."

City are also set be without influential forward Sergio Aguero against Palace as he recovers from a knee injury.

But Pellegrini remains confident that the Argentina international will be fit in time for City's Champions League tie with Barcelona in February.

"Sergio has a torn ligament and I think it will be long before the Champions League tie against Barcelona, probably in the first weeks of January, that he will play," Pellegrini added.

City are without all three of their main strikers at the moment, with Edin Dzeko (calf) and Stevan Jovetic (hamstring) also both set to be absent through injury this weekend.

Pellegrini is contemplating whether or not to use midfielders David Silva, Samir Nasri or James Milner out of position in attack against Palace, while 18-year-old forward Jose Angel Pozo remains another option.

"We will see what works and which players will play in that position," Pellegrini said.

"At the moment, we are trying to keep our minds open and recover as soon as we can with all the players, because we have few strikers."

Palace boss Neil Warnock insists his side will travel to Manchester convinced they can dent second placed City's hopes of catching leaders Chelsea.

The south London club have lost just one of their last five league games but remain in the thick of the relegation battle, positioned one point and two places above the bottom three.

"City are just hitting that form aren't they? It's always difficult to go to there with them being the champions as well and playing some wonderful football," Warnock said.

"But we've been playing well. I know we haven't scored the goals that our play has warranted really. I don't think we have any fear.

"We realise we've really got to be on top of our game if we're going to come away with anything.

"So it's a matter of we've all got to be on top form and hope that one or two of their lads are a bit below."

Warnock has ruled out a loan move for former England left-back Ashley Cole who has struggled to establish himself with Italian club AS Roma.

"We have already been told that there is no way he is coming back. He is enjoying himself over there. I don't think there is any chance whatsoever," Warnock added.

Comments
Topics mentioned in this article
Manchester City Eliaquim Mangala Football
Get the latest updates on IPL 2021, check out the IPL 2021 Schedule and Indian Premier League Live Score . Like us on Facebook or follow us on Twitter for more sports updates. You can also download the NDTV Cricket app for Android or iOS.